How to Be Creative: 6 Secrets Backed By Research

Whether it’s at work or in our free time, many of us would love to learn how to be creative. Coming up with great ideas and new perspectives is a blast.

But “thinking different” is not something we really get taught in school. So how do you become an innovator? I called an expert to find out.

Scott Barry Kaufman is the scientific director of the Imagination Institute in the Positive Psychology Center at the University of Pennsylvania. He’s also the co-author of the great new book Wired to Create: Unraveling the Mysteries of the Creative Mind.

Scott has some amazing (and easy) tips on how you can be more innovative. And something else you’ll learn is how a creative mindset can lead you to a happier, more meaningful life. Let’s get to it…

The #1 Thing To Do To Increase Creativity

What did Scott say is the #1 thing to keep in mind if you want to be more creative? Be open to new experiences. Here’s Scott:

“Openness to experience” sounds fancy. What’s that mean for you and me? Try new stuff. Here’s Scott:

Okay, you’re open to new stuff. But what are some concrete things you can do today to be more creative?

Go For A Walk

Yeah, it’s that simple. Just going for a walk, preferably in nature, can be a big creativity booster. Here’s Scott:

When did Tesla come up for the idea for alternating electric currents? During a stroll. It’s estimated William Wordsworth walked 180,000 miles in his lifetime. And Nietzsche once said:

So be a creative Übermensch and go for a walk.

(To learn the single most proven way to get smarter and happier, click here.)

Okay, you went for your walk. What’s another dead simple way to increase creativity? Well, if you’re sweaty from that hike it might be time to…

Research shows there’s a strong relationship between feeling relaxed and being creative. And what’s the most relaxing part of the average person’s day? That morning shower.

And if you’re the boss, you may want to install showers at the office. Sound crazy? Scott found 72% of people have new ideas in the shower — in fact, far more often than when they’re at work. Here’s Scott:

In an interview, Woody Allen once said:

(To learn the work habits that nearly every creative genius has in common, click here.)

You got a hot shower and you’re looking good. Time to hang out with friends? Wrong…

You Need “Me Time”

Turns out a little bit of solitude has powerful positive effects on your brain. Here’s Scott:

But do you need to be a hermit to be creative? Far from it. There’s a time for solitude and for collaboration.

(To learn the 4 rituals that neuroscience says will make you happy, click here.)

You’re getting some time to yourself. Nice. But when you need to be creative how should you be thinking?

So what’s the takeaway here? You don’t need to have a mental disorder but thinking like an outsider, like someone new to your field, is often enough of a perspective shift to start the innovation gears in your head cranking. Here’s Scott:

What’s a simple way to do it? Think like a kid. Kids are always trying new things and approaching things differently. “Thinking like a kid” being an imagination booster is a very romantic notion, but it’s also backed by research.

(To learn the four principles that will lead you to breakthrough creativity, click here.)

Okay, you’re officially a rebel outsider. But that doesn’t always instantly produce innovation. What should you do when everything above fails?

Sometimes we have to try things just to figure out what we want to do. As Peter Sims says, it’s a matter of making “little bets” and seeing where they lead. To quote Calvin and Hobbes creator Bill Watterson:

(To learn how to be more resilient, from a Navy SEAL, click here.)

Alright, we’ve learned a lot from Scott. Let’s round it up and also see how creativity doesn’t just improve work and play — it can also lead to an awesome life…

Here’s what we can learn from Scott about how to be creative:

Some will say they can’t live creatively. Their job is boring. Or they’re too busy with other things. But we can approach anything with an inventive spirit. And very creative people agree.

Enough of my blabbing. Get out there and try new things. (Or just take a hot shower.) Creativity isn’t just making paintings or writing sonnets, it can also be your path to a better life.

Join over 230,000 readers. Get a free weekly update via email here.

New Neuroscience Reveals 4 Rituals That Will Make You Happy 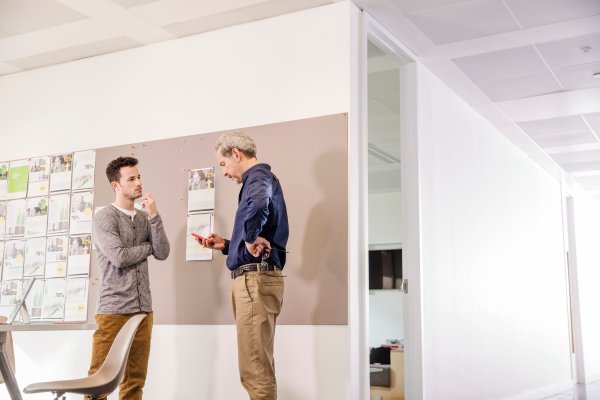 How Analogies Can Make You Better at Arguments
Next Up: Editor's Pick