The modestly titled second World Internet Conference, to be held on Dec. 16-18 in the canal-lined eastern Chinese town of Wuzhen, will boast a prominent keynote speaker: Chinese President Xi Jinping.

Although the Chinese Internet is one of the world’s most restrictive — girded by a complex system of self-censorship, outright filtering and blocking of major Western tech companies — the World Internet Conference is expected to draw participants from 120 nations and regions, according to China’s Internet czar Lu Wei, who spoke at a press conference on Dec. 9. A host of foreign leaders, from Russian Prime Minister Dmitri Medvedev to Pakistani Prime Minister Nawaz Sharif, plan to attend, said Lu.

At the same time, Chinese tech companies spend millions upon millions of dollars developing an all-encompassing network of monitoring and thought-shaping that limits what Chinese can access online. (That’s not even counting hack attacks of foreign governments and companies that the U.S. has tied to the Chinese military.) Type “June 4” in Baidu, the top Chinese search engine, for instance, and information about the June 4, 1989, Tiananmen massacre fails to appear among the top results. China came dead last in Freedom House’s Freedom on the Net 2015 report, behind Syria, Iran and Cuba. (North Korea wasn’t included in the ranking.)

On Wednesday, Lu described China’s online strategy as managing “the relationship between freedom and order in an appropriate way.” The state-run China Daily described national efforts as “tight management of cyber space,” even as the official paper quoted Lu refuting Western media reports that “China controls its Internet.” The cyberspace czar was blunt in his assessment of foreign tech firms hoping to enter the lucrative China market: “We do not welcome those that make money off China, occupy China’s market, even as they slander China’s people. These kinds of websites I definitely will not allow in my house.”

By making access to foreign sites cumbersome (and, at times, all but impossible), the Chinese government is able to redirect online traffic to domestic alternatives that hew to daily Chinese mandates on what is politically acceptable. Earlier this month, after Wikipedia was blocked in China, for instance, government censors instructed local media to avoid most mention of the ban, according to the China Digital Times, a California-based watchdog that monitors such directives.

One of the themes of this year’s World Internet Conference is “mutual governance in cyberspace,” according to Chinese cyberspace administration head Lu. China, along with Russia and various Central Asian nations, has pushed to increase governmental oversight of the Internet through an “international code of conduct for information security.” The current system, largely orchestrated by the U.S., depends on a nearly unimpeded flow of information across national borders.

The Prime Ministers of Kazakhstan, Kyrgyzstan and Tajikistan are all scheduled to attend this month’s World Internet Conference in scenic Wuzhen. President Xi, who has advocated an “Internet plus” strategy to cultivate local tech innovation and heads a recently formed leadership committee on cyberspace, has spoken about the need for global online governance. He has also tightened domestic Internet control through a new national security law that could imprison Chinese citizens for vague online-related offenses. Chinese legislation could also force foreign companies to hand over user data and sensitive encryption information to the Chinese government.

At the inaugural World Internet Conference in Wuzhen last year, attendees, including representatives from Western tech firms that are currently banned from China, were allowed a small grace: mostly unimpeded access to the Internet. Connections to Facebook, YouTube, Instagram and other normally taboo sites were blazingly fast. Then, the conference ended — and the Great Firewall of China descended again. At the Wednesday press conference on the upcoming Internet summit, Chinese Internet czar Lu described his vision for national cyberspace: “We are exploring an Internet management path with Chinese characteristics.” 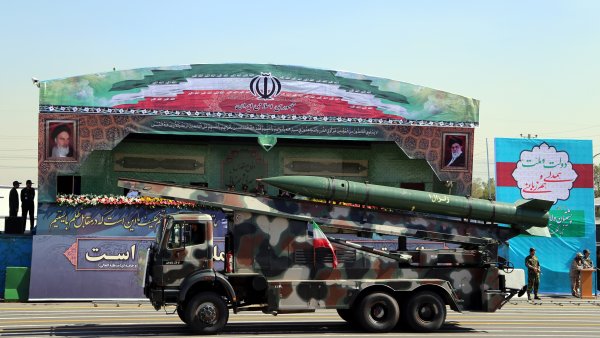