A group of over 100 people, who are free to come and go with their names on a list and tickets in their possession, for the Dec. 17 opening of the new Star wars film "The Force Awakens" on Dec. 8, 2015
Frederic J. Brown—AFP/Getty Images
By James Hibberd / EW

Want to be first in line to watch Star Wars: The Force Awakens?

The film doesn’t arrive in theaters for another 10 days, yet some ultra-hardcore fans are already camped out.

The New York Times reports the queue has begun at the historic Chinese Theater in Los Angeles, with other cinemas readying for similar lines to begin forming.

Camping out for Star Wars is a tradition, though the ticket-buying process has changed dramatically since the first film was released in 1977 — and even in the decade since the last film, Revenge of the Sith, came out (or, for that matter, since 2002’s Attack of Clones.) Force Awakens tickets were put online two months in advance so there’s no longer a need to actually wait in a line to buy a ticket. And if you’re really picky about your seat, many theaters offer reserved seating. A truly determined Star Wars fan nowadays has plenty of options (cough-Craigslist-cough) without busting out a tent and sleeping bag for a week.

But there’s also a charity component to many of those waiting at the moment, courtesy of LiningUp.net. “We want to recreate the classic line experience of legions of fans, lined up for days, gathering in force to celebrate the next piece of cinematic history,” reads a statement on the site. “We can’t wait to capture lightning in a bottle again on the streets of Hollywood.” Participants will raise money for Starlight Children’s Foundation.

Of course, for true line devotees, it’s all about the experience of being in the line more than the eventual payoff. Still, you probably woulnd’t want a seat next to somebody who’s been camped on a sidewalk for 10 days. Here’s the full story. 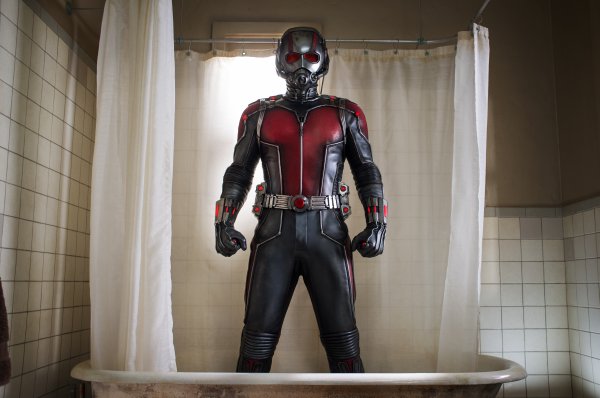 This Honest Trailer for Ant-Man Mocks Your Favorite Superhero Movies
Next Up: Editor's Pick