The cover of TIME’s year-end issue of 1986 shows a confident woman in a red jacket, her gaze steady, her chin resting on her hand. It is Corazon Aquino, the first woman President of the Philippines, a political outsider who upended a dictator by, as Pico Iyer wrote in his cover story, “leading a democratic revolution that captured the world’s imagination.” If you look up the table of contents of that issue in the Time archive, you’ll find a line that reads “Woman of the Year.” Immediately following is a parenthetical: (Man of the Year).

“Woman of the Year (Man of the Year)” — that’s how they did it back then. Like Wallis Simpson and Queen Elizabeth before her, Corazon Aquino was a woman in a man’s franchise. In 1999, TIME changed the title to Person of the Year. But not since President Aquino has the Person of the Year been an individual woman. Not, at least, until 2015.

Why the long wait? As I wrote a few years ago, the label of Person of the Year tends to favor people with institutional power. The choice reflects TIME’s view of who affected the news and our lives, for good or for ill. Since 1986 there’ve been four U.S. Presidents in the mix — three of them two-termers, all of them men. Plus a handful of leaders of the Soviet Union (and Russia), also all men. The Pope keeps being a man. And it’s a lot easier to make news from an address like the White House, the Kremlin or the Vatican.

Or the Chancellery. In naming Angela Merkel this year’s Person, we’re not actually breaking with tradition. The Chancellor of Germany is the de facto leader of a continent and steward of the world’s fourth biggest economy. Merkel has been in office for a decade, emerging as a principled manager and a resolute diplomat. And as my colleagues Nancy Gibbs, Karl Vick and Simon Shuster write, she faced significant global challenges in the past 12 months, challenges with consequences far beyond Germany. It’s easy to take the peace and prosperity of Europe for granted, until you remember that this is the continent that spent centuries at war with itself, then dragged the rest of the world into devastating conflicts, twice. When you add that it was Merkel’s own country that started the Second World War, her quest for stability and openness in a borderless Europe is all the more compelling.

But ultimately, Merkel is doing her job — her very influential job. And it seems likely that, as more women assume roles of power around the world, from Christine Lagarde to Janet Yellen to Sheryl Sandberg to Aung San Suu Kyi, we will have more female candidates in the Person of the Year pipeline.

I don’t think a woman is going to be Pope anytime soon, or take over from Putin. But I doubt it will be another 30 years before the Person of the Year is a woman. It might only be one. 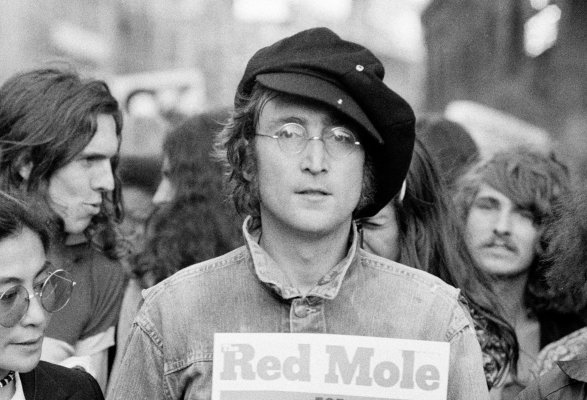 Listen to Footage From John Lennon's Final Interview
Next Up: Editor's Pick