Crystal Pepsi Is Coming Back For a Limited Time

Crystal Pepsi is making a comeback after fans of the popular clear cola campaigned for its return, the company announced Tuesday.

Soda buffs can enter a chance to win their own six-pack of the low-sodium, caffeine-free product of the early 1990s through a sweepstakes on Pepsipass.com, officials said.

The limited-time giveaway runs from Thursday to Friday. Winners will be picked during the week of Dec. 14 and deliveries will be made around Christmas, officials said. Pepsi is giving away 13,000 six-packs.

“Crystal Pepsi fans, and their enthusiastic requests for its return, inspired Pepsi to bring back this iconic ‘90s product for the holiday season,” Linda Lagos, marketing director at PepsiCo, said in a statement to TIME.

The announcement comes after months of calls for a comeback from Crystal Pepsi fans, including competitive eater and YouTube celebrity Kevin Strahle who led the #BringBackCrystalPEPSI social media movement. Pepsi had hinted at a resurgence in June.

The company confirmed the much-anticipated news Tuesday with several social media posts and a nearly 3-minute flashback video featuring a supposed 92nd floor at Pepsi headquarters where the drink is produced.

“The 92nd Floor never shut down,” Pepsi said on Twitter. “And 23 years later, they’re ready to share ‪#CrystalPepsi with the world.” 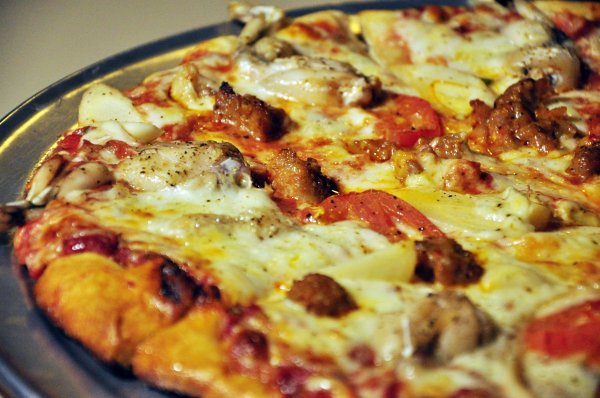 You Can Now Study Pizza at This University
Next Up: Editor's Pick