Spotify has been unwavering in its policy of providing the same music for both free and paid users, even as that approach has cost the company valuable music from popular artists such as Taylor Swift. But the streaming service may finally be caving in to artist and record label demands.

Spotify is in talks with music executives to allow some artists to release music exclusively to the service’s 20 million paying subscribers, the Wall Street Journal reports. The tracks would be made available to the service’s free users at a later date, essentially employing a windowing strategy that’s already common with movie and television releases.

The concept is likely to roll out as a test in which Spotify will closely track how the change affects engagement and subscriptions, the Journal says. Spotify’s ad-free subscriptions start at $9.99 a month, the free tier is supported by advertising.

Artists have quietly griped about Spotify’s free tier for years. But the issue came to a head last year when pop star Swift cited it as the reason she was removing her entire catalogue from the service. A Sony Music executive later said the move sparked a “lot of conversation” about the value of free music. Apple Music, an aggressive Spotify competitor that launched in June, doesn’t have a free tier.

Coldplay’s new album A Head Full of Dreams was close to being the guniea pig for Spotify’s test, according the Journal, but ultimately the group and the streaming service couldn’t come to agreeable terms. The album is now arriving on Friday, a week after the CD’s release, on both the free and paid tiers.

Even if the nature of Spotify’s free tier changes, don’t expect the company to stop streaming free music anytime soon. “We are 100% committed to our model because we believe that a free, ad-supported tier combined with a more robust premium tier is the best way to deliver music to fans, create value for artists and songwriters, and grow the industry,” Jonathan Prince, Spotify’s Global Head of Communications & Public Policy, said in a statement. “In that context, we explored a wide range of promotional options for the new Coldplay album and ultimately decided, together with management, that Coldplay and its fans would best be served with the full album on both free and premium this Friday.” 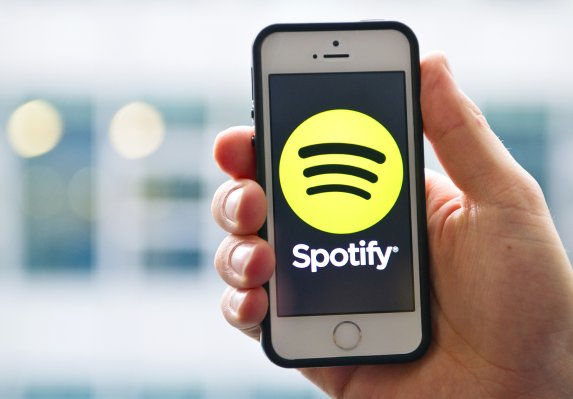 How to See Your Favorite Spotify Songs of the Year
Next Up: Editor's Pick