2015 was the year when Carly Rae Jepsen stopped being just the “Call Me Maybe” singer. Her album E•MO•TION, one of the best albums of the year, was packed with euphoric sing-alongs about new crushes, and intimate electro-pop tunes about what happens when those crushes grow into something else. “Having a hit is a gift,” Jepsen told TIME during a photo shoot that appears in the magazine’s Person of the Year issue, on stands now. “There’s also that moment afterwards where you feel frozen, as in, ‘What do I do next?’ There’s this expectation of, ‘Can you deliver the exact thing again?'”

She didn’t—and was all the better for it. Instead of trying to replicate her past successes, Jepsen first threw herself into Broadway in the title role of Cinderella and then teamed up with the coolest people in music to make a slick but heartfelt album inspired by the best of ’80s pop. “It’s scary when you’re making an album because you’re trying to filter everything else out other than what matters to you, as in, what you feel is a honest record, what you feel is something that you want to say,” Jepsen said. “I was not expecting people to react so positively to this album. The fact that they have—it’s meant the world to me. 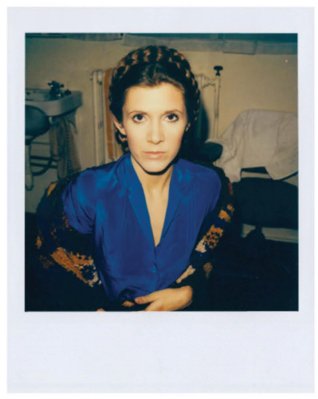 See Rare Star Wars Polaroids from Return of the Jedi
Next Up: Editor's Pick