Here's How Donald Trump Says His Muslim Ban Would Work

Republican presidential candidate Donald Trump sought to explain how his proposed ban on allowing Muslims into the U.S. would work Tuesday during an interview on MSNBC’s Morning Joe, saying he was “using common sense” when calling for limiting Muslims’ entrance into America.

MSNBC’s Willie Geist responded to the plan by asking the real estate mogul specifically how the ban would be implemented, noting that passports do not indicate a person’s religion. “A customs agent would ask the person his or her religion?” Giest inquired.

“They would say, ‘Are you Muslim?'” Trump replied.

“And if they said, ‘yes,’ they would not be allowed in the country?” Geist asked.

The exchange between the Morning Joe hosts and the leading Republican presidential candidate was sometimes tense—at one point, host Joe Scarborough went to break while the business mogul was speaking. “We will go to break if you keep talking. We’re going to ask you questions,” Scarborough said, before cutting to commercials. 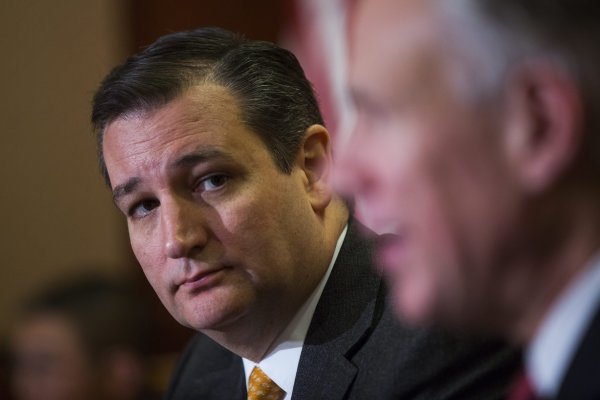 Ted Cruz Proposes Law That Would Allow Governors to Block Refugees
Next Up: Editor's Pick