It's Too Late for Obama to Do Anything About Guns

U.S. President Barack Obama speaks during a press conference at the OECD Conference Centre before leaving the Conference On Climate Change COP21 in Paris on Dec. 1, 2015.
Pascal Le Segretain—Getty Images
Ideas
By Stephen J. Farnsworth
Stephen J. Farnsworth is professor of political science at the University of Mary Washington and author or co-author of five books on the presidency and the mass media, including Spinner in Chief.

For a president and his supporters, year seven of any presidency is likely to be a disappointment. White House teams are tired, politicians and voters rarely respond to new efforts at presidential persuasion, and critics have had years to hone their attacks. To make matters worse for the White House, presidents have to share the political stage with the next round of presidential candidates.

Nowhere are the challenges of second-term presidential persuasion as evident as they are with President Barack Obama and gun control. For years, Obama has tried to focus attention on that topic, with little to show legislatively for that emphasis.

One cannot fault the president for a lack of effort. In 2013, just weeks after the Newtown, Conn., shooting that killed 20 elementary school children and six adults, Obama used his State of Union speech to press Congress to vote on his plan for universal background checks for gun purchases and bans on military-style assault weapons and high capacity magazines.

Despite the sympathetic child victims inside Sandy Hook Elementary School, Congress did not follow the president’s lead. Obama kept up the pressure in the years that followed, urging legislative action following many of the mass shootings that have occurred during his presidency. The president worried that his comments about mass shootings were becoming routine, as perhaps they were, but no more routine than congressional rejection of his gun control efforts or the mass shootings themselves.

Obama tried to make the case for gun control again during a rare nationally televised address on Sunday. In a speech largely devoted to reporting on U.S. efforts to combat terrorism in the wake of the California mass shooting that left 14 dead and 21 injured, Obama again pressed Congress to take up gun control measures. “What we can do, and must do, is make it harder for them to kill,” he said.

Since the hot rhetoric of 2013 did not move Congress, Obama tried cooler words.

This latest gun control approach also seems unlikely to influence Congress, which speaks more to the nature of deeply polarized politics in Washington than any missed presidential persuasion opportunity.

In order to persuade, one must have an audience ready to listen. Obama rarely has that these days. Despite an unusually even-tempered approach to being first a presidential candidate and then a president, Obama faced intense criticism from Republicans who doubted whether he was born in this country and whether he really was a Christian. Despite a booming stock market and the lowest unemployment rate in years, Obama still faces charges that he is a closet socialist. A day after Obama’s latest appeals for Americans of all religions to treat each other with respect, Republican presidential front-runner Donald Trump called for a “total and complete shutdown” of Muslims entering the U.S.

Americans accustomed to the “decider” presidency of George W. Bush, the soap opera travails of the Bill Clinton White House years and the television-savvy political communication approach of Ronald Reagan’s tenure may expect presidents to behave as modern “Sun Kings,” dominating the national discourse and shaping legislative and public opinion to their will. (Trump certainly favors an “all Trump all the time” campaign approach.)

But even aggressive presidents like Clinton and G.W. Bush got little of what they sought legislatively.

Obama’s media strategy has never been to be the bride at every wedding and the corpse at every funeral, as was the case during the Clinton and G.W. Bush White House years especially. While Obama’s more diffident style did help secure a major health-care bill, his range of gun-control appeals has not generated the public outcry that would be needed to convince members of Congress to defy the National Rifle Association.

In the short term—and that’s all a president finishing his seventh year in office has left—Obama’s current modesty on gun control is not likely to be successful where presidential passion failed to persuade a Congress whose members do not want to change course. Congress is a responsive institution, and new gun control policies will come only if citizens make the political price of supporting the NRA greater than the price of opposing it. 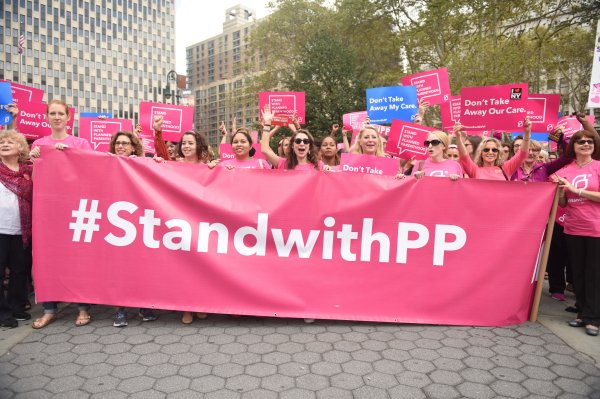