The History Behind the 'Victoria' in Victoria's Secret

Victoria's Secret in Manhattan's Herald Square in New York City on May 19, 2014.
Craig Warga—Bloomberg via Getty Images
By Merrill Fabry

When the annual Victoria’s Secret Fashion Show is held on Tuesday, only one particular woman will be more prominent than the runway models: Victoria herself.

The company got its start when businessman Roy Raymond was trying to shop for lingerie for his wife. He’d gone to a department store to make his purchase, only to find himself deeply uncomfortable—and made even more so by saleswomen scrutinizing his presence there. “When I tried to buy lingerie for my wife,” Raymond told Newsweek in 1981, “I was faced with racks of terry-cloth robes and ugly floral-print nylon nightgowns, and I always had the feeling the department-store saleswomen thought I was an unwelcome intruder.” The Stanford MBA grad saw an opportunity in his discomfort and in 1977 borrowed $80,000 to open Victoria’s Secret as a store designed specifically to make men comfortable when buying lingerie for their wives.

But Victoria was not Raymond’s wife.

So who was she? No one. Or maybe Queen Victoria, depending on how you look at it.

The name is actually more about the chain’s decor than it is about any particular woman. In an effort to make the stores seem “private” and “fanciful,” as Raymond put it to Vogue in 1992, he and his wife Gaye designed the shop with a Victorian-inspired style. The look was meant to impart the sense of class and dignity associated with the Victorian era, and the Queen for which it’s named. They chose ‘Victoria’ to emphasize the historic association, and ‘Secret’ to double up on the sense of intimacy for shoppers.

But the implication that there was a real Victoria meant that customers sent mail to her. “Some people send in romantic poetry, and somebody sent her a gift certificate,” Raymond told Women’s Wear Daily in 1981. “It keeps the image alive.”

In 1982 Raymond sold his business to Leslie Wexner of The Limited (now L Brands) for about $1 million. By then Raymond had already found that women were still a sizable portion of the Victoria’s Secret audience, making up about 70% of in-store shoppers and 50% of purchases in 1981, per WWD. After the sale the focus on women buying lingerie for themselves only increased, transforming Victoria’s Secret into its current form. 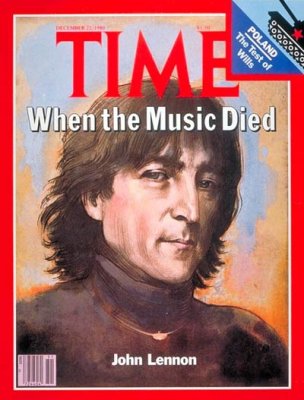 How the World Reacted to John Lennon's Death 35 Years Ago
Next Up: Editor's Pick