NASA Spotted an Object 3.3 Billion Miles Away From the Sun

NASA’s New Horizons spacecraft captured the closest-ever look at a small object in the solar system’s distant Kuiper Belt, the ring of icy bodies and asteroids beyond the orbit of Neptune.

The New Horizons team, which performed the first ever flyby of Pluto this summer, took four photos of the object on Nov. 2. That tiny dot in the photograph is a 90-mile-wide object called 1994 JR1, as seen from 170 million miles away. That may sound like a lot, but it’s 15 times closer than any Kuiper Belt object has been photographed before.

If NASA approves the extension of the New Horizons mission, we can expect even more glimpses of ancient objects at the edge of our solar system. 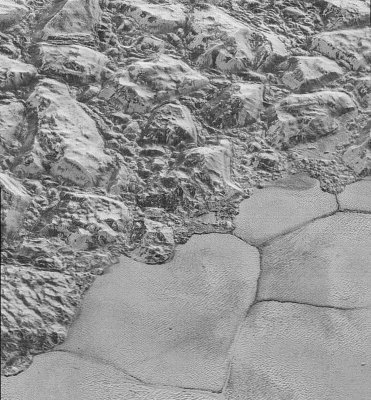 This Is the Highest Resolution Pluto Photo NASA Has Ever Taken
Next Up: Editor's Pick