For those of you still mourning the many deaths of beloved characters in the second half of the Harry Potter series (and let’s be honest, that’s basically all of us), there’s a new theory about one of them that might actually make you feel better. Spoilers ahead, Muggles!

Tumblr user Jo Marie Walker has posted a theory about the untimely death of Harry’s trusty owl Hedwig, who is killed by a Death Eater at the beginning ofHP7.

Like all Harry Potter novels, Deathly Hallows begins with our bespectacled hero in his childhood home (an admittedly generous term for the place), 4 Privet Drive. A small group from the Order of the Phoenix shows up on the eve of his 17th birthday, at which point the familial magic of the Dursleys’ house will cease to protect Harry, to remove him to a safe location — but they know that there will be Death Eaters trying to intercept him.

So the Order brings with them a batch of Polyjuice Potion, adding a few of Harry’s hairs to transform Hermione, Ron, Fred, George, Fleur, and Mundungus Fletcher into six Harry decoys, so that the Death Eaters won’t know which Potter is the real Chosen One.

They leave Privet Drive, each Harry accompanied by a non-Polyjuiced member of the Order, on broomsticks and Thestrals — except for the real Harry, who is sharing his late godfather Sirius Black’s flying motorcycle with Hagrid.

A crowd of Death Eaters, plus Voldemort himself, soon takes up the chase, and we’ve got an airborne wizard battle on our hands. George loses an ear, the Order loses Moody, and Harry loses his sweet snowy owl — whom Hagrid bought for him as an 11th birthday present in Sorcerer’s Stone — to a curse from a masked Death Eater who was aiming for Hagrid.

So here’s the theory: Since Hedwig’s proximity to Harry might have given him away as the real target, maybe it was Snape who killed Hedwig, and did it on purpose; maybe he was trying to remove this indicator of Harry’s true identity so that the Death Eaters wouldn’t figure out it was him and continue to chase the decoys.

What do you think? Does this theory read too much into it, or not add up? Or can Hedwig’s death be seen as additional proof that Snape was still sneakily protecting the offspring of the woman he loved — after all this time? 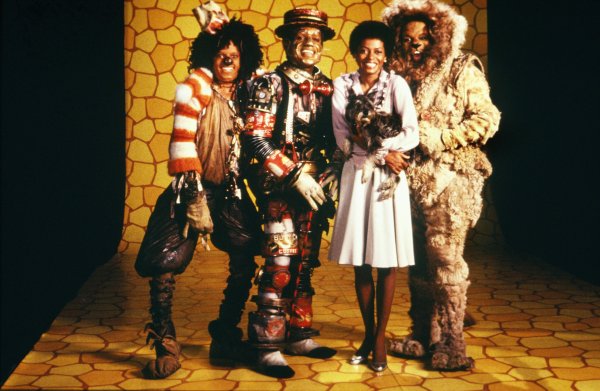 Behind the Scenes of The Wiz With Michael Jackson
Next Up: Editor's Pick