Pixel C Review: Google's New Tablet Is Great, But Not for Everyone

The good: Comfortable keyboard with adjustable angles; Gorgeous design and display; Runs the latest version of Android
The bad: Expensive when paired with keyboard; Gets warm quickly
Who should buy: Those seeking a high-end Android tablet for productivity
The bottom line: The Pixel C is a well-built and attractive Android tablet aimed at productivity, but the combined cost of the tablet and the keyboard is high

Google creates the software that powers millions of Android tablets, but it has never actually made a tablet of its own — until now. The Pixel C, a $500 Android tablet that launches Tuesday, marks a change for Google in two ways: Not only is it the first tablet Google has ever created on its own, it’s also the first Pixel product to run on Android rather than Google’s Chrome OS.

Google’s Pixel lineup was born in 2013 with the $1,299 Chromebook Pixel, a high-end Chromebook laptop that received high marks for its dazzling high-resolution screen. That device, unlike the Pixel C, ran on Chrome OS, stripped-down desktop software designed for browsing the web and running light apps.

Now, amid rumors that Google might merge its Chrome and Android software, the company has released its first Pixel product powered by Android. It’s also the first Google-branded tablet that’s catered toward productivity. The Pixel C, which bears some resemblance to Microsoft’s Surface lineup, works with a special $149 magnetic, adjustable keyboard.

Here’s a closer look at what it’s like to use the Pixel C.

Google’s Pixel C is sleek, lightweight, and powerful. It’s a member of the Pixel family just like Google’s Chromebook laptops, which explains why the Pixel C features a similar brushed metal design. It even has the same glowing light bar as the Chromebook Pixel, which is a thin strip located on the back of the tablet that lights up in Google’s signature colors when the display is turned on. This light bar also serves as a battery indicator — if the tablet is only 50% charged, the bar will only be illuminated halfway.

The Pixel C’s screen is stunning and sharp. Colors look rich and vibrant from every angle, although the display sometimes catches glare because of its glossy look.

It’s clear that Google paid attention to the details when creating the Pixel C. For instance, the power and volume buttons are easy to reach whether you’re holding the device in portrait or landscape mode. Consumers are likely to appreciate little touches like that.

The Pixel C is sold as a tablet, but Google is touting how seamlessly the device works with its $149 keyboard accessory. Using that keyboard makes the C feel more like a laptop. The combined cost of the tablet and the keyboard amounts to roughly $650, on the cheaper side for a laptop, but rather expensive for an Android tablet.

Google’s keyboard is among the best keyboard accessories I’ve used with a tablet. It has a sturdy base and the keys don’t feel cheap, a rare quality among keyboard cases.

One of the best features is the mechanism for adjusting the tablet’s viewing angle when it’s attached to the keyboard. The Pixel C doesn’t come with a built-in kickstand, but once you magnetically attach it to its keyboard, a kickstand arises to support the tablet. This is easier to adjust than the Surface’s integrated kickstand, which makes the Surface difficult to balance on your lap.

The Pixel C’s keyboard also feels more natural to type on because it’s designed like those found on a laptop. The key pitch, or unit of measurement used to determine a key’s size, is 18.8mm. That’s nearly the same as on a laptop keyboard, which is typically 19mm.

Where the Pixel C’s keyboard falls short is that it adds more heft than a cheaper plastic alternative might. But if you’re planning to use the Pixel C for some serious work, having a keyboard that’s so durable is definitely worth that tradeoff. Plus, the keyboard can be used to charge the tablet when you’re not near an outlet, which is a handy addition.

Google’s Pixel C runs on the latest version of Android, 6.0 Marshmallow. That means it comes with Google’s new Now on Tap virtual assistant, which aims to anticipate what you might request before you even ask a question. It also means the tablet should be able to last longer on a single charge than other Android tablets running on older software, as Marshmallow is smarter about power consumption.

In using the Pixel C, I found I was able to get about two days of battery life from the device when using it sporadically throughout the day to stream video, browse the web, play games, and use social media apps like Facebook. It’s important to keep in mind, though, that battery life will vary depending on a variety of factors, such as the device’s screen brightness, what types of apps are being used, and how often the tablet is in use.

Whether I was working in a Google Doc, watching Netflix, or playing games, the Pixel C performed smoothly. It’s powered by an NVIDIA Tegra X1 64-bit processor and 3GB of RAM, which means it’s powerful enough to run power-intensive apps and multitask with ease.

Overall, apps ran fluently without any hiccups — with one exception. When running the graphics-intensive zombie shooter game Dead Trigger 2, I noticed the tablet began to heat up fairly quickly. The tablet grew warm after playing the game for just a few minutes, and the issue became more noticeable over time.

Google’s first tablet is an impressive high-end Android device that’s well-equipped to take on competitors from Microsoft and Apple. It has a beautiful screen, a powerful processor, and solid battery life. Plus, the keyboard accessory is among the best tablet keyboards I’ve used.

My problem with the Pixel C, though, is an issue I’ve encountered with most laptop-tablet hybrids. Its most compelling feature is how well it integrates with Google’s keyboard accessory, but purchasing both the tablet and the keyboard sets you back $650. That’s very pricey for a tablet, and on the less-expensive side for a laptop.

But just because there’s a keyboard attached to it doesn’t make the Pixel C a laptop replacement. After all, it runs on Android, which means it can only run mobile apps. That might get the job done for lots of people, especially those who rely on Google Drive for their productivity needs. But it’s not for everyone. It’s worth acknowledging that Microsoft’s comparably-priced Surface lineup is capable of running full desktop programs. 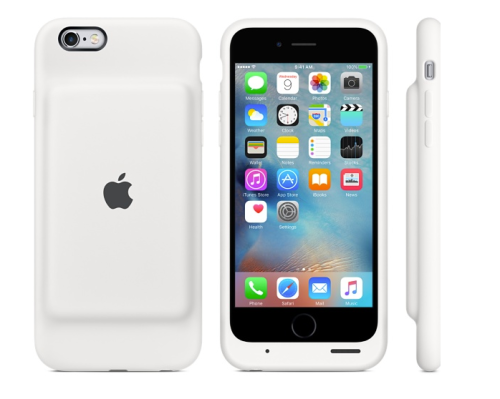 Apple's New Product Can Give Your iPhone 18 Hours of Battery Life
Next Up: Editor's Pick