Is This Freakily Effective Baby-Calming 'Hold' for Real?

Babies cry. On planes, in public places, around strangers, often when their parents really wish they wouldn’t. They wail like there’s no tomorrow. It usually doesn’t mean much to the baby, but it’s distressing to the parents.

One place that babies are almost guaranteed to cry is their pediatrician’s office, when they get their shots. Vaccinations are often the first painful experiences babies have after arriving in the outside world, and the shock of being hurt is often visible on their faces.

It’s not surprising then that pediatrician Robert Hamilton has seen a lot of crying babies. What’s more unexpected is his unusual technique for calming them down, which, according to this video, works surprisingly fast. He wraps one of the baby’s arms in front of the other and holds them in place with one hand, all while supporting the baby’s head. He leans the baby slightly forward. With the other, he grabs the baby’s diapered behind and kind of wobbles it.

In the video, he demonstrates the so-called “Hold” on two babies and it works like a charm. Uploaded in late November, the video has now attracted millions of views and thousands of comments, some from new parents, some from nostalgic older parents and some from people who just really like babies.

Has Hamilton stumbled across the perfect way to pacify a mewling infant? In fact it’s just an unconventional swaddling technique, according to Dr. Robert Block, pediatrician and former president of the American Academy of Pediatrics. “We’ve known for some time that some babies like to be swaddled,” he says. “The AAP has had some concerns about incorrect swaddling, but this is a good technique.”

And of course, parents have known from time immemorial that some babies like to be gently rocked, possibly because the swaying and the wrapped arms position mimic the conditions of the womb. If you’re giving “The Hold” a try, Dr. Block emphasizes that it’s important to lean the baby forward as you wrap, because they do like to throw their heads around and that can cause a parent to lose their grip.

“The Hold” doesn’t work for every child, of course; the doctor himself says it works only for babies within a certain age range. If your own infant proves resistant, Dr. Block has another tip: “Put your baby down gently on his back, somewhere safe like a crib and walk away.”

This may not stop the baby crying right away, but it will calm the parent down, which is a key safety measure—it prevents people shaking their babies out of frustration.

Infants from the age of 6 to 8 weeks to about three or four months sometimes have huge crying jags. “It’s uncontrollable and if you’ve checked the baby is dry and well fed, there’s not much you can do about it,” says Dr. Block. So he encourages parents just to leave and do whatever they find relaxes them—perhaps rewatching Dr. Hamilton’s avuncular baby-calming technique will also have a pacifying effect on distressed moms and dads. 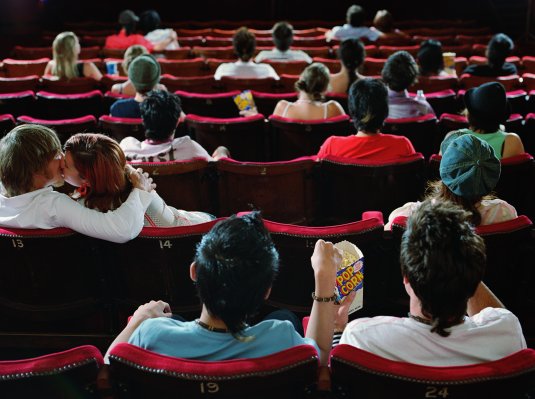 Why Parents Worry More About Sex than Violence in the Movies
Next Up: Editor's Pick