She adorned the posts with emojis representing each family member and on Facebook a picture of Kim and Kanye holding hands with the message, “He’s here.”

Saint West was born on Saturday, Dec. 5 at eight pounds and one ounce in Cedar-Sinai hospital in Los Angeles.

Saint West certainly ranks among the more unusual celebrity baby names, but haters will appreciate that the mother and father made good on the promise Kardashian West gave during an interview with NPR’s Wait Wait…Don’t Tell Me!: that they would not name their son South West. 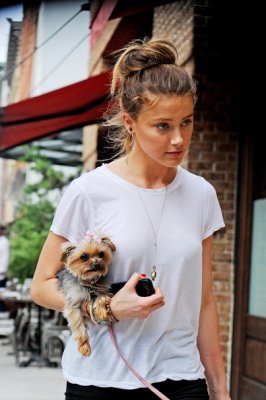 Amber Heard to Plead Not Guilty to Illegally Importing Animals
Next Up: Editor's Pick