Drones Are Invading the Skies This Holiday Season

A DJI employee shows off the company's latest "Phantom 2" radio-controlled multicopter with small video camera at the DJI booth during the "CP+2014," camera and photo imaging show in Yokohama on February 13, 2014.
Toshifumi Kitamura—AFP/Getty Images
By Victor Luckerson

From TVs to tablets, tech gadgets have long been a popular gift for the holidays. But this year, a new item is finding its way onto holiday must-have lists: Drones. Hundreds of thousands of the unmanned aircraft are expected to be sold between Black Friday and the end of the year, providing a boon for the nascent industry — and a headache for aviation safety officials.

“There’s a sense of excitement about this innovative new technology and what it can do,” says Doug Johnson, vice president of technology policy at the Consumer Technology Association, an industry trade group. The CTA estimates that 400,000 consumer drones will be sold during the holiday season, bringing this year’s total number to 700,000. About 435,000 of the flying gadgets were sold through all of 2014, the group estimates.

In all this holiday hoopla, drone companies see an opportunity to break into the mainstream for the first time. Parrot’s Bebop drone was featured on the front page of Target’s Black Friday ad this year, above items like Beats headphones and Microsoft’s Xbox One. Parrot generated $42 million from consumer drones in the third quarter this year, a 60% increase from the same period a year ago. “We definitely feel the excitement out there,” says Mike Perez, president of Parrot North America.

But drones’ rising popularity presents big challenges for aviation safety officials. The Federal Aviation Administration, tasked with keeping the country’s airspace safe, reports that full-size aircraft pilots spotted drones flying dangerously close 1,134 times through Nov. 30, up from 238 times in all of 2014. And drones can be used for purposes both good and ill: While most are used recreationally or for some limited commercial purposes, in the past year drones have delivered drugs to a prison, sliced a toddler’s eye in half, and become a tool of choice for tech-savvy peeping toms.

Perhaps the biggest danger, however, is the number of new drone owners who will take to the skies this month without knowledge of airspace rules or best practices for staying safe.

“As we see the holiday season progress, more and more public individuals are going to be buying these systems and they’re going to be flying them without a true understanding of the danger they present to manned aircraft and innocents,” says Hulsey Smith, CEO of Aero Kinetics, a company that consults businesses on how to best implement drones.

FAA rules already prohibit recreational drones from flying above 400 feet, near airports or in other potentially dangerous ways. Now the agency is racing to implement new rules that would require hobbyists to register their drones before taking to the skies. The idea is that if a drone wanders into dangerous territory — say, near the White House — the owner will be easier to track down. As drafted, the idea would require drones heavier than 250 grams to be affixed with a special registration number, like the tail number found on full-size airplanes. A task force including representatives from Amazon, Parrot, Google X, and aviation trade groups worked on the rules.

“We needed a system that was focused on the owner-operator,” says the CTA’s Johnson, who was a member of the task force. “We came to a consensus on ways to accomplish registration that would ultimately be successful for the marketplace as something simple, easy.”

The FAA won’t say whether the registration system will be in place before Christmas, or whether the final rules will mirror the task force’s recommendations. “We are working quickly and flexibly to move toward the next steps for registration,” an agency spokesperson said.

It’s also not yet clear what will happen to drone users who don’t register with the agency. Penalties for such a lapse may exceed $25,000, according to the task force’s draft. But those high fines are aimed at people suspected of crimes like drug trafficking and tax evasion. The task force has recommended that the FAA implement less arduous punishments for hobbyists who flout the rules out of ignorance rather than malice.

Absent hard-and-fast rules, drone companies are encouraging new owners to read up on safety tips before flying to avoid dangerous situations. Know Before You Fly, an educational website sponsored by industry trade groups and the FAA, offers safe flying tips for recreational users. Meanwhile, drone startups are cropping up to help make the flying process easier. Hivemapper, for instance, displays real-time building height and distance information on drone pilots’ smartphones, helping them avoid collisions. “This is really like a safety feature as well as an exploration feature,” says CEO Ariel Seidman.

The pressure on the FAA will only increase next year, as companies like Amazon clamor for clearance to begin widespread commercial drone flights. The retailer is already marketing its not-yet-legal service, Prime Air, in order to get people comfortable with the concept of delivery-by-drone. The FAA has said it will enact rules for commercial drone flight sometime in 2016, though the process has already seen delays.

“It’s formative now,” Johnson says. “We have a chance to get it right, but a lot of it depends on making the right decisions about the policies today.” 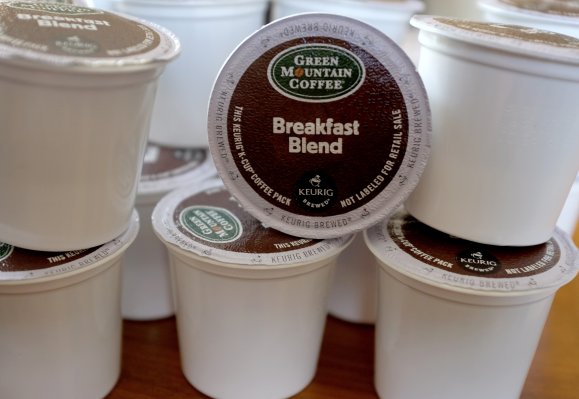 5 Things You Need to Know About Keurig's Takeover Deal
Next Up: Editor's Pick