Syrian Refugees To Arrive in Texas Despite Governor's Lawsuit

Three Syrian refugee families—including a dozen children between the ages of two and 15—will arrive in Dallas and Houston this week, despite Texas’s on-going lawsuit challenging the federal government’s process in resettling Syrian refugees in the state.

The Obama administration said in a court filing on Friday that a family of six Syrian refugees, who were originally scheduled to arrive in Dallas on Dec. 4 , will now arrive Monday, after spending the weekend in New York. A second family of six is also expected to arrive in Houston Monday. A third, eight-member family, as well as a 26-year-old woman whose mother has already been placed in the area, are expected in arrive in Houston on Thursday.

Last week, Texas Attorney General Ken Paxton, with the backing of Governor Greg Abbott, filed a lawsuit requesting an immediate order blocking the arrival of all new Syrian refugees in the state, in light of “reasonable concerns about the safety and security of the citizenry of the state of Texas.”

Two days later, on Dec. 4, Paxton’s office said it would no longer seek an immediate order blocking the arrival of the refugees, but said it would continue with the lawsuit pressing federal authorities to provide more information on those already slated for resettlement in Texas. Paxton rolled back his initial demand after federal authorities provided state officials with demographic information about the Syrian families arriving today, according to his office.

The shift, however, which came just hours before a federal judge was expected to rule on the case, did not sit well with some Texas conservatives. Abbott’s office remained quiet about the decision, which one Texas official told TIME was “not the governor’s first choice.” Abbott has since said publicly that he opposes accepting any more Syrian refugees on the grounds that the background check process is “inadequate.”

Katherine Wise, a spokeswoman for Paxton, told TIME that the attorney general’s office will continue to pursue a lawsuit against both the federal government and the International Rescue Committee, a non-profit that works to resettle refugees, to determine whether federal authorities are complying with the requirements under the 1980 Refugee Act. The state argues that the law requires federal authorities to regularly consult with, and provide information to, state and local officials in advance of resettling refugees in those localities.

“Texas shouldn’t have to go to court to require Washington to comply with federal law regarding its duties to consult with Texas in advance,” said Attorney General Ken Paxton in a press statement. “Our state will continue legal proceedings to ensure we get the information necessary to adequately protect the safety of Texas residents. While we remain concerned about the federal government’s overall refugee vetting process, we must ensure that Texas has the seat at the table that the Refugee Act requires.”

Paxton’s lawsuit was the first filed by any state to block refugee resettlement since the issue became intensely political in the wake of the terrorist attacks in Paris last month. Abbott, along with 30 other governors, almost all Republican, demanded a hold on any further Syrian refugee resettlement.

Meanwhile, Democratic governors, as well as mayors and local officials in Texas and other states, largely welcomed refugees to their communities. The mayors of Houston, Dallas, San Antonio and Austin all criticized Abbott’s decision. Volunteers in both cities gathered to provide welcome packages, including bikes for the children, to the arriving families, according to local news.

Several legal experts told TIME that the Texas lawsuit appeared to more political theater than a legitimate legal challenge. The U.S. Constitution gives the federal government, not the states, power over immigration issues.

In the last four years, the U.S. has accepted about 2,200, with Texas taking a total of 243 Syrian refugees, more than any other state, according to the U.S. State Department. Obama has called for the U.S. to accept at least 10,000 more Syrian refugees over the next year.

All told, the 21 refugees expected to arrive in Texas this week include 12 children, six parents, two grandparents, and a single woman. 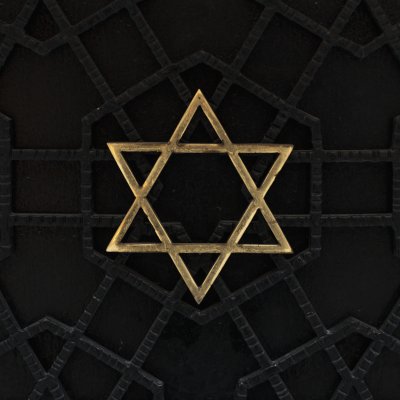