Why India Has a Point at the Paris Climate Talks

As delegates from 195 countries attempt to hammer out a deal to fight global warming at the ongoing Paris climate summit, India finds itself cast as a potential “spoiler” that could hinder international efforts to tackle climate change.

But why is India in the crosshairs and not, for example, the U.S., which has one-quarter of the South Asian nation’s population, but more than twice the level of harmful carbon emissions? And why not China, a slightly more populous country than India, which accounts for about 28% of annual global emissions, vs. India’s 6%?

The answer lies in the construction of a deeply flawed narrative that risks repositioning India and other emerging countries in global climate politics. It is based on two misleading premises. The first, a sleight of hand that obscures the past, asserts that the only thing that matters in Paris is where individual countries are heading, not how the world ended up with global warming in the first place. The second premise builds on this to suggest that the global future is alarming because of India’s plans to significantly step up the use of coal to develop its economy and bring basics such as electricity to its all its people, at a time when the world is struggling to find a way to kick its fossil fuel habit.

The idea that the past is irrelevant to a future climate regime is a long-standing hope of a small group of industrialized countries. In essence, this approach entirely sets aside national context as a relevant consideration for the climate talks. By this metric, all countries should not only contribute, but, importantly, should contribute in an equivalent fashion. As a result, a country’s capability to contribute to global mitigation is irrelevant. It does not matter, for example, if citizens of one country (India) consume 1,000 units of electricity a year and of another (the U.S.) consume 13,000 units. Also, it does not matter how much responsibility each country has for causing the problem in the first place. That India accounts for 3% of global greenhouse-gas emissions since the industrial revolution, compared with 27% for the U.S., is irrelevant by this logic.

Yet the view among developing countries, and also among many developed countries, is that such considerations do matter. Take France, the host of the climate talks, itself. In his opening remarks, French President François Hollande stated that any deal should be “universal, differentiated and binding,” with “differentiated” being climate-speak for “context matters.” While the exact form of this differentiation remains a hot topic for debate, it is certainly squarely on the table. The past need not define the negotiations, but it is certainly deeply relevant to crafting a global climate future.

And what of the global future? If context matters, then a reasonable way to look at the future is to place the projected trajectory of each country’s emissions in the light of not only their past contribution but also two other, relevant factors: their development needs and, based on those needs, the opportunities for individual nations to exploit low-carbon alternatives to fossil fuels. By asking individual nations to come up with their own blueprints for tackling carbon emissions — known in the jargon as Intended Nationally Determined Contributions (INDC) — in the run-up to the talks, the approach at the Paris conference acknowledges the importance of such contextual imperatives.

In India’s case, this means acknowledging that the country is undergoing significant demographic changes, with 10 million to 12 million young people in need of jobs every year. It also means paying heed to the fact that some 300 million Indians do not have access to electricity, and that vast amounts of the infrastructure needed to develop the country and improve the standard of living of hundreds of millions of Indians is yet to be built. This includes an estimated 70% of the building stock India would need in 2030, as its population grows. Meeting all of these needs — and they are needs not desires — requires energy.

How to get this energy? In it’s INDC, India has emphasized steep increases in “nonfossil” fuel sources, amounting to 40% of electricity capacity by 2030. Our research suggests that, depending on assumptions, this will require adding an amount of renewable energy (solar and wind) close to the entire size of India’s current electricity capacity by 2030. This massive addition will give a huge fillip to the global market for renewables. It will also displace almost as much as South Africa’s entire emissions in 2030. This would be a substantial global contribution.

But, such is the challenge of India’s development context, that this effort will simply not be enough to meet the country’s needs. India has no choice but to also turn to coal to improve the lot of its people between now and 2030. Our review of multiple research studies suggests a virtual consensus that to meet India’s energy needs, coal use will have to increase, although the magnitude of the increase depends on India’s future energy demand patterns. Significantly, even with added coal, India’s emissions per person in 2030, at about 4 to 5 tons per capita, are likely to be less than the current global average of 6.6 tons per capita. Importantly, the projected increase in India’s emissions is far less than the corresponding figure of 12 tons per capita in 2030 for the U.S. and China.

As these numbers suggest, India is highly unlikely to become the next China in terms of coal use. For much of the past decade, China is famously reported to have built a new coal-power plant every week. India simply does not have access to coal resources of the scale that China does, nor are its domestic coal politics as simple, and it cannot afford vast coal imports. Most persuasively, reducing coal use comes with domestic environmental gains, for which there are ever more vociferous demands in democratic India. For this reason, many researchers, including ourselves, argue that India should do even more to promote clean energy and also energy efficiency.

Despite these factors, the sobering conclusion from the numbers is that if India is to meet its substantial development needs, it would be irresponsible for any government to foreclose its development options by declaring a cap on coal or fossil fuels. Much depends on the implementation of India’s plans for expanding renewable energy, improvements in technology and the global resources available for a low-carbon transition. Hence the importance of technology cooperation and financial support in the Paris negotiations.

Over the years, Indian climate politics has been shaped by the need to balance dual and seemingly contradictory objectives: India needs an effective climate agreement to protect its population against the impact of climate change, but it also needs sufficient low-cost energy for development. While India has historically prioritized the latter objective, in recent years a more balanced view has emerged, including in official circles, that both objectives are important and necessary. And this more nuanced position has been backed by largely good faith efforts by both the state and the private sector to explore a more environmentally sustainable future. It is now incumbent on India to negotiate around these dual objectives at Paris, ensuring both its energy interests and an effective climate agreement.

Divorcing the past from the future risks destabilizing India’s emergent domestic climate consensus — something that threatens both the global goal of tackling climate change and the future prospects of hundreds of millions of Indians who are only just beginning to see the fruits of development. It fans concerns in India that any effort to support a strong climate regime will have the perverse effect of under-cutting development.

Instead of these destructive formulations, it is time to make common cause in addressing the climate problem by giving adequate attention to the past as something that matters when we sit down to talk about the future. 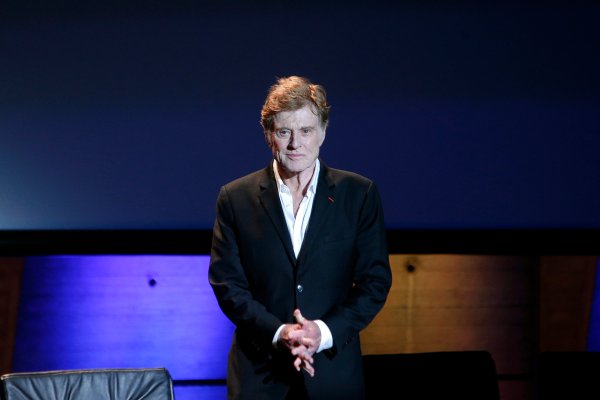 Redford: Fight Climate Change Without Washington
Next Up: Editor's Pick