Like children across the world, Prince George will be bouncing around like a “rabbit” on Christmas Eve, his dad Prince William said.

In a new interview, William, 33, says that his 2-year-old son now knows about the holidays and is as excited as any other child.

“George will be bouncing around like a rabbit,” William told The Big Issue magazine in a new interview, out in the UK on Monday. “I think George will be extremely bouncy this year because he’s suddenly worked out what Christmas is all about … If I get any sleep on Christmas Eve it’ll be good.”

And William, whose daughter Princess Charlotte will be marking her first Christmas, adds, “So that will be two children, one who suddenly appreciates Christmas, which could be quite challenging. But I’m looking forward to it.”

William was talking to the magazine, which raises money for the homeless across Britain, at a time when those living on the streets find it especially difficult. William, who is a patron of homelessness charity Centrepoint.

The magazine article also fulfills a promise William made to Sophia Kichou, 24. When they met at a Centrepoint hostel several years ago, she told him she wanted to be a reporter and he said he would give her an interview. That interview turned into the new story that will appear in The Big Issue

William also touched on his holiday plans with wife Princess Kate and their two children. They will be at their country home, Anmer Hall in Norfolk. “We’ll go to church as a family on Christmas Day, as we always do. Then we’ll watch George try to tackle his presents as he tries to unwrap them.

“It’s a very different experience at Christmas, having a family of your own.”

And the dad is clearly hoping for it to be a romantic, snow-covered scene. “It’d be nice if we got a white Christmas because we haven’t had one in many years,” he told the magazine.

William also spoke about the root of his commitment to the charity and recalled visiting hostels with his late mother Diana, Princess of Wales, whose patronage of Centrepoint he has carried on.

“I think it goes back to when my mother first took the role when I was a small boy. I was very struck by the people I met and what they were struggling with – sleeping rough, sofa surfing, not having basic comforts a lot of us take for granted.

“That really struck me at a young age, bearing in mind the gulf for me growing up in a palace and seeing the other end of the spectrum. That was powerful to see at a young age. In today’s Western world, with all the advancements and privileges we have, the fact some people don’t have a bed or a roof over their head is quite ridiculous.”

Kichou says that “interviewing Prince William was a very significant moment in my career.”

“At the beginning, I was a little nervous but as the interview went on, my nerves calmed down and I began to enjoy it. I am very grateful to everyone who helped make this happen.” 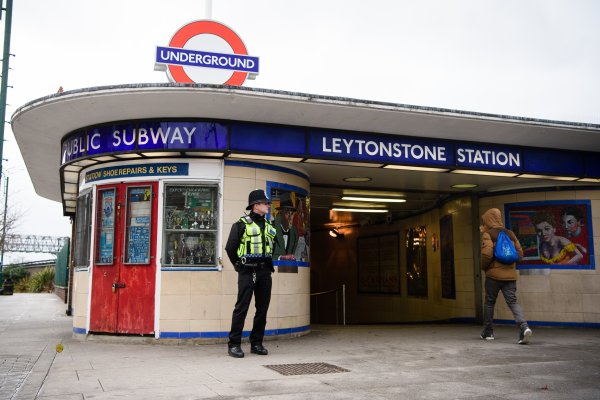