Republican presidential candidate Ben Carson speaks to guests at a barbeque hosted by Jeff Kauffman, chairman of the Republican party of Iowa, on November 22, 2015 in Wilton, Iowa.
Scott Olson—Getty Images
By Tessa Berenson

Presidential candidate Ben Carson said that he likes the old “don’t ask, don’t tell” policy that prevented people from being openly homosexual in the military.

Speaking at a veterans town hall in Iowa Saturday, Carson said he doesn’t appreciate “using our military as a laboratory for social experimentation,” NBC reports.

Carson said he would allow women to serve in combat positions, but drew the line at transgender people.”You know, we have too many important things to do,” he said. “When our men and women are out there fighting the enemy, the last thing that we need to be doing is saying what would it be like if we introduced several transgender people into this platoon… You know, give me a break. Deal with the transgender thing somewhere else.”

Carson also said he preferred the old policy of “don’t ask, don’t tell,” which ended in 2011 and prevented gay people from serving openly in the military.

In July, the Pentagon announced it would begin allowing transgender people to serve in the military. 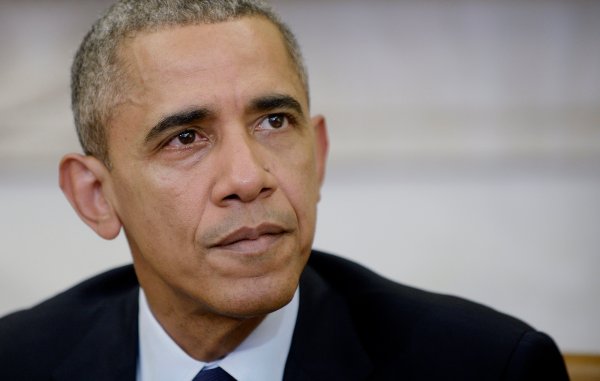 President Obama to Deliver Address on Terrorism
Next Up: Editor's Pick