Review: Chi-Raq Is a Shout of Joy and a Cry of Anguish

As moviegoers, we have so much invested in Spike Lee as a provocateur and an agitator that it’s easy to overlook his capacity for delight: We tend to forget, say, the obvious pleasure he took in unraveling the intricacies of that audacious bank heist in Inside Man. We may even lose sight of the fact that 30 years ago, he broke new ground with the disarmingly frank comedy-romance, She’s Gotta Have It—a daring picture for its time, but also a buoyant one. Lee always has something to say, to the extent that his movies often seem more like message-delivery systems than actual movies. But Chi-Raq, a kinetic reimagining of Aristophenes’ 411 BC comedy Lysistrata, brings all of Lee’s best qualities to the fore. It’s messy in places, as Lee’s movies tend to be. But there isn’t a moment that Chi-Raq isn’t alive. This is a deeply serious, biting picture that also has joy in its heart.

Lee and cowriter Kevin Willmott have lifted Lysistrata out of ancient Greece and transplanted it to the south side of modern-day Chicago. The Peloponnesian War has been over so long that everyone has forgotten how to spell it. But now there’s a different kind of battle, just as urgent, raging on the streets: Young black men are killing each other in escalating numbers, and worse still, innocent children are being caught in the crossfire. Distressed by the unceasing bloodshed, the smartest, tallest, most beautiful babe in the ’hood, Lysistrata (the effervescent Teyonah Parris), hatches a plan: She and all of the women in the community vow to withhold sex from their men until the killing stops. Their slogan (or one of them, at least): “No peace, no piece.” All of the local hookers and strippers comply too. The guys, needless to say, are miserable.

Lysistrata’s boyfriend, gang leader Chi-Raq (Nick Cannon)—he’s adopted the city’s unflattering nickname as a macho badge of honor—makes his displeasure known, but Lysistrata holds fast. Cyclops (Wesley Snipes, in a glitter eye-patch), head of a rival gang, is disgruntled too, especially when he and his cohorts show up at a strip club only to learn there are no dancers on duty. (Dave Chappelle shows up, gloriously, in a small role as the club’s manager. He has to break the bad news to his one-eyed patron: “There’s not even half an ass to look at.”)

Much of Chi-Raq is in verse, and Lee and Willmott must have had a blast writing the dialogue. (It’s not every day you get to construct parallel couplets using words like “pokes,” “hoax” and “down-stroke.”) The actors, many of whom have worked with Lee before, rise to the challenges of the script: Angela Bassett plays Miss Helen, the bookish community elder who advises Lysistrata. Jennifer Hudson is a young mother grieving for her daughter, killed by a stray bullet. Jon Cusack shows up as a groovy priest bedecked with wooden beads. Perhaps most gladdening of all is Samuel L. Jackson’s narrator Dolmedes, popping into the narrative now and then to move the action along. (The assortment of suits he gets to wear, a parade of mad checks and mod mustard tones, are wondrous to behold.)

Chi-Raq is a vital, lively piece of filmmaking, filled with inventive touches: Lysistrata and her sisterhood deck themselves out in camouflage-print hot-pants jumpsuits, accessorized with bling-y chastity belts. And in one of the movie’s most stunning sequence, the men gather to break down the women’s resolve, serenading them with a secret weapon that proves to be almost irresistible, a rendering of the Chi-Lites’ “Oh, Girl.” The women, who have taken over the city armory, hear the men singing outside and join in—they drift and sway in a collective, frustrated swoon. Outside, the men clutch at their hearts and reach out toward their elusive lovers in a heartsick, earnest pantomime. This forced estrangement causes suffering on both sides.

But if Lee is attuned to the beauty and lyricism of his source material, he’s in touch with its undercurrent of anger, too: Chi-Raq is unsparing in its indictment of violence within black communities. Although Cusack is sometimes guilty of over-emoting in this role, he makes the most of his most blistering lines, at one point imploring his congregation, assembled for the funeral of that little girl, to stop this “self-inflicted genocide.” He’s also quick to acknowledge white folks’ role in the crises faced by black communities: “Mass incarceration is the new Jim Crow,” he tells his followers, reminding them—as if he needed to—that complacency is the enemy. Lines like that are classic Spike Lee pamphleteering. But he needs to keep writing them until we start heeding the pamphlets. Chi-Raq is a shout of joy and a cry of anguish, as well as a bridge between the ancient world and the modern one. Someday, maybe, we’ll stop making the same mistakes over and over again. 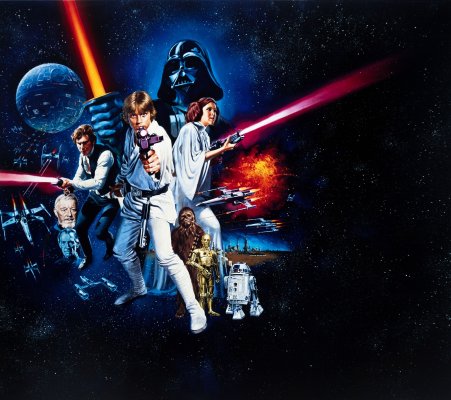 You Can Now Apply to Compete in the Ultimate Star Wars Movie Marathon
Next Up: Editor's Pick