Fans of One Direction dominated Twitter this year. They’re responsible for half of the most retweeted tweets of 2015, according to data from the social network. The below ranking is based on retweets of tweets by verified users from Jan. 1 to Nov. 10.

10. After Caitlyn Jenner made her transition public on the July cover of Vanity Fair, the Olympic athlete joined Twitter.

9. Leonard Nimoy, known for his role as “Mr. Spock” on Star Trek, died Feb. 27 at 83, setting off a chain of tributes on social media. The actor’s poignant final tweet was signed with “LLAP,” or “Live Long and Prosper,” a reference to his character’s catchphrase.

8. Nearly a month after the rapper announced his “2020 presidential bid” during an acceptance speech at the MTV Video Music Awards, he tweeted some words of wisdom out of the blue.

7. Birthday greetings from one One Direction member to another.

6. A call for prayers from Salman, the new king of Saudi Arabia, who succeeded his elder half-brother King Abdullah after his death at 90.

5. The One Direction member was thought to be referring to fan concerns that he was in a Twitter fight with Zayn Malik, who announced he was leaving the group in March.

3. One Direction’s Liam Payne marked the fifth anniversary of the group’s formation.

2. A few days after Malik announced he had landed a solo recording contract with RCA, he tweeted his support to his former bandmates on their new single “Drag Me Down.”

1. Given this message was sent the same day the group announced Malik was leaving the group, some thought it meant there are no hard feelings about his departure. 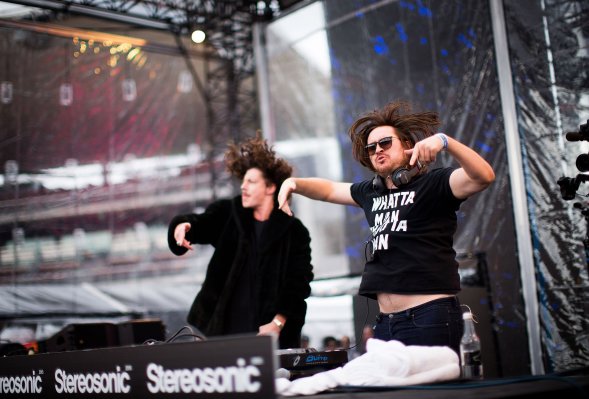 Fan Gets Backstage by Listing Himself as Family on Band's Wikipedia Page
Next Up: Editor's Pick