This Is What It Takes for Mass Murder to Be ‘Terrorism'

A mourner holds a candle as attending a vigil to pray for the victims of a mass shooting in San Bernardino, Calif. on Dec. 3, 2015.
Yang lei—Xinhua Press/Corbis
Ideas
By William Yeomans
William Yeomans is a Fellow in Law and Government at American University Law School, who spent 26 years as an attorney in the U.S. Department of Justice.

Recent tragic mass shootings in California and Colorado have reignited a longstanding debate over when it is appropriate to call mass killing in the U.S. an act of terrorism. The debate has more significance in ideological and partisan battles than it does in the law. While federal law creates some special authority to charge international terrorists, there is no statute that allows the federal government to charge an individual with the crime of “domestic terrorism.”

Early signs suggest that the unspeakable killing of 14 people in San Bernardino, Calif., may have been motivated by warped Islamic radicalism. If the shooting was motivated by Islamic radicalism, it was surely terrorism, but we do not yet know enough to label the crime with certainty. The news that the female shooter pledged her loyalty to ISIS on Facebook moves the investigation closer toward calling it terrorism. But the shooting may also have drawn on a separate strain of mass killings—those motivated by workplace revenge. Such shootings generally lack the ideological element essential to terrorism. We also do not yet know whether the shooters acted as “lone wolf” domestic terrorists or whether there was international involvement. Regardless of the label placed on the shootings at this point, the FBI will investigate with all of its tools.

The Federal Bureau of Investigation uses a definition of terrorism that tracks with the Patriot Act. “Terrorism” encompasses “acts dangerous to human life that violate federal or state law” and “appear intended (i) to intimidate or coerce a civilian population; (ii) to influence the policy of a government by intimidation or coercion; or (iii) to affect the conduct of a government by mass destruction, assassination or kidnapping.” It distinguishes between international terrorism (acts occurring abroad) and domestic terrorism, which occurs primarily within the U.S.

This definition appropriately focuses on the criminal’s intent. The actions of mentally deranged individuals, such as the shooters at Virginia Tech, Sandy Hook, Columbine, and Aurora, whose purpose was nothing more than to kill as many people as possible, are terrible and terrifying, but they are not terrorism.

By contrast, the killing of doctors who provide abortions and their patients is driven by a desire to intimidate and coerce abortion providers and their patients. The killings send a broad and chilling message that abortion will be met with violence. It seems likely that Robert Dear, who reportedly vowed “no more body parts” to law enforcement, falls into this category. Similarly, according to his writings, Dylann Roof slaughtered nine African Americans during bible study at Emanuel A.M.E. Church in Charleston with the intent of starting a “race war.” His racially motivated killings became the most recent chapter in what Attorney General Loretta Lynch called our oldest form of domestic terrorism—the use of violence to intimidate and oppress people because of race.

Because these forms of domestic terrorism present distinct problems, we have adopted specialized statutes to address them. The Freedom of Access to Clinic Entrances Act specifically punishes the use of force to injure, intimidate or interfere with people seeking or providing reproductive health services. Federal hate crime statutes specifically prohibit racially motivated violence. As a legal matter, therefore, it adds little to call this conduct terrorism. Some still push to designate it as terrorism because they think the label will bring greater urgency. In reality, structures are in place in the Department of Justice, including the FBI, to investigate and prosecute these matters vigorously as civil-rights violations in coordination with the agencies that investigate terrorism.

In the absence of substantial legal implications, the debate over use of the term “terrorism” has been driven in large part by ideology and politics. President Barack Obama has been reluctant to label the San Bernardino killings terrorism, noting that there is much we still do not know about the shooters’ motivation. In part, the President’s posture reflects the traditional reticence of chief executives to trump the work of law enforcement professionals by speaking prematurely. He likely also does not want to appear to jump to the conclusion that this is terrorism simply because the shooters were Muslims. Doing so plays into the hands of enemies who want to portray the U.S. as an enemy of Islam and arouse passions against Muslims in this country.

Conversely, Republican presidential candidates have been quick to denounce the killings as radical Islamic terrorism. They view the President’s caution as further proof that he is weak in fighting terrorists at home and that his Middle East policies have failed. They argue that they would be stronger in the fight against terrorism. On the other hand, many have resisted calling the shootings in Colorado domestic terrorism and have been quick to reject any connection between pro-life ideology and the shootings.

The definition of terrorism for law enforcement purposes is clear: It turns on the intent of the perpetrator, who must seek to coerce civilians or change government policy through life threatening actions. Terrorists are driven by ideology, whether it is the anti-government radicalism of the Weather Underground of the 1960’s and 1970’s or Oklahoma City bomber Timothy McVeigh, the anti-abortion radicalism of serial bomber Eric Rudolph, the white supremacy of the Ku Klux Klan and other groups, or the distorted ideology of radicalized Muslims.

Because the term “terrorism” has substantial political clout, it will continue to be used reluctantly by some and promiscuously by others in political debate. Two things should happen. First, we should deemphasize focus on the term. It is inflammatory and makes little practical difference early in a criminal investigation. Second, we should allow professional investigators to develop the evidence. As it emerges, fact-based determinations can be made whether the perpetrator acted with the necessary ideological intent that separates other forms of violence from terrorism. 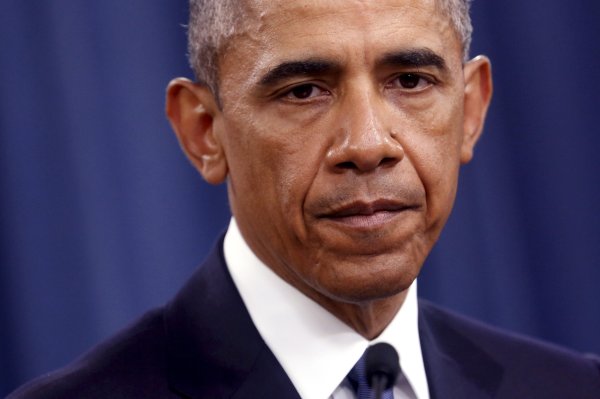