This Spacecraft Could Prove One of Einstein's Most Important Theories

Albert Einstein hypothesized in his General Theory of Relativity that gravitational waves were ripples in the fabric of space and time. Now, 100 years later, the European Space Agency (ESA) is making its first attempt at proving Einstein’s theory with the launch of Lisa Pathfinder, a new scientific spacecraft.

“Einstein’s theory predicts that these fluctuations should be universal, generated by accelerating massive objects,” says the ESA. “However, they have not been directly detected to date because they are so tiny.”

The LISA Pathfinder, which left Earth on a Vega rocket on Dec. 3, will test the instruments needed to detect the gravitational waves formed by supernovas and black holes. The technology consists of two gold-platinum cubes that will be isolated from all external forces except gravity and thrown into a free-fall at 38cm from each other. Using a series of laser beams, the mission will measure whether that distance is maintained during free-fall, paving the way, if successful, to the launch of a new space observatory in the next decade.

“Gravitational waves are the next frontier for astronomers,” says Alvaro Giménez Cañete, ESA’s director of science and robotic exploration. “We have been looking at the Universe in visible light for millennia and across the whole electromagnetic spectrum in just the past century. But by testing the predictions made by Einstein 100 years ago with LISA Pathfinder, we are paving the road towards a fundamentally new window on the Universe.”

The experiment, which will take place over a year, will start in March after LISA Pathfinder has reached its orbit at a 1.5 million kilometers from Earth. 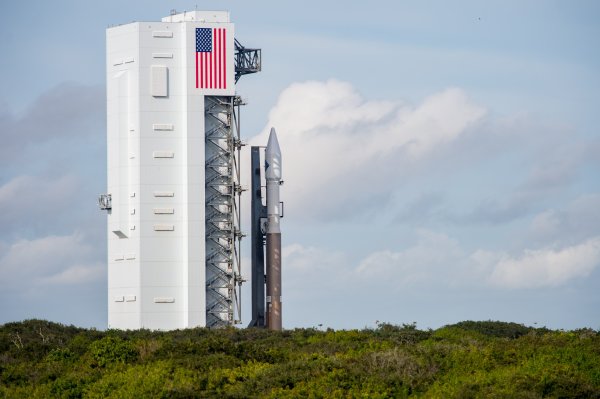