The Dramatic Power Struggle Behind Impeachment in Brazil

Brazil's President Dilma Rousseff during a press conference after impeachment proceedings were opened against her by the President of Chamber of Deputies Eduardo Cunha, at the Planalto Presidential Palace in Brasilia on Dec. 2, 2015.
Eraldo Peres—AP
By Matt Sandy/Rio de Janeiro

The start of impeachment proceedings against Brazil’s president is the latest chapter in a Shakespearean power struggle amidst a major corruption scandal that has left the country in political and economic disarray.

The protagonist is Dilma Rousseff, the country’s first female president, a former guerilla fighter who was imprisoned and tortured for her work fighting the 1964-1985 dictatorship. She was narrowly reelected last year, giving her Workers’ Party 16 consecutive years in power, but has become deeply unpopular due to a deep recession that has been worsened by a $2 billion corruption probe at state oil giant Petrobras. Dozens of politicians have so far been ensnared by the investigation, but there is no evidence Rousseff personally profited, despite serving as the firm’s chairwoman for seven years before becoming president in 2010.

Her adversary is Eduardo Cunha, the speaker of the lower house of congress, a conservative evangelical radio commentator and a product of the murky world of Rio de Janeiro politics. He represents the Democratic Movement party, Rousseff’s coalition partner and the largest party in the chamber, but has long been a foe of the president. Cunha is in trouble as well—he faces expulsion from congress over allegations he took $5 million in bribes in the Petrobras case and stashed it in Swiss bank accounts.

Cunha’s decision this week to approve impeachment proceedings against Rousseff, on the grounds that she improperly used state bank funds to cover a budget shortfall, is rooted in the pair’s bitter yet symbiotic fight for survival, one that could take them both down. “Brazilians are angry at Cunha as they think he broke the law to enrich himself,” says Jeffrey Lesser, a professor of Brazilian history at Emory University. “But they are angry at Dilma for allowing this to happen, even if she did not herself steal.”

The bad news began for Rousseff even before she had been sworn in for her second term after a razor-thin victory over the center-right Aecio Neves in October 2014. The economy, weak for most of her first term, entered what is predicted to become Brazil’s worst recession since the 1930s. It has already contracted 4.5% over the past year, and rising unemployment and inflation is causing hardship for many families. At the same time the sheer scale of the scandal at Petrobras, where is is alleged billions from inflated contracts were directed to corrupt politicians, officials and the ruling Workers’ Party shocked even cynical Brazilians.

The president’s approval rating collapsed and currently stands at a meagre 10%. A series of nationwide protests in March drew a million people as calls for her impeachment became louder. But at the time Cunha, who as speaker of the lower house needs to approve a petition of impeachment before it goes to the two houses of congress, made no move to do so. In July, he said that impeachment proceedings would be a “backward step for democracy.”

Things changed in August, when prosecutors charged Cunha with taking as much as $40 million in bribes from Petrobras for himself and his allies. A furious Cunha accused the Workers’ Party of singling him out to distract from their own indiscretions. Amid the political turmoil the ruling coalition all but fell apart, leaving the president powerless to pass legislation that might help to ease the country’s financial pain.

On October 21, Cunha received a petition of impeachment from Hélio Bicudo, a 93-year-old Workers’ Party co-founder, and two others, citing a court ruling that Rousseff had broken the law by using state bank funds to cover a shortfall in government accounts before last year’s general election. Quoting a line from the national anthem, they urged Cunha in a letter: “You’ll see that your son does not run from a fight.”

While Cunha considered the petition, the Petrobras scandal only grew. Last week Delcídio do Amaral, Rousseff’s floor leader in the senate, became the latest of her senior allies to be arrested, along with billionaire banker Andre Esteves. Finally on Wednesday, three Workers’ Party politicians on the tightly-balanced ethics committee investigating Cunha revealed they would vote in favor of a full vote on whether he can remain a sitting congressman while facing the Petrobras allegations. Hours later, Cunha accepted the petition of impeachment.

“It does not bring me happiness,” he told news magazine Veja. The president responded in a televised statement. “I’ve committed no illicit act, there is no suspicion hanging over me of any misuse of public money,” she said, before adding in a clear jibe at Cunha: “I don’t have any offshore bank accounts.”

Next week, a special committee of the lower house will convene to evaluate the impeachment request and will – in time – make a recommendation. A two-thirds majority in the full lower house is required for it to pass to the senate. If it does, Rousseff will be removed from office for 180 days while the senate investigates. A committee would produce an indictment, which would then need to be endorsed by two-thirds of the whole senate. If that happens, Rousseff would lose the presidency and be banned from public office for eight years.

“Impeachment is fairly likely,” says David Fleischer, a professor of politics at the University of Brasilia. “There is not the momentum now in congress to ensure it, but if more evidence emerges in the Petrobras scandal it is a real possibility.”

The last time Brazil impeached a president, Fernando Collor de Mello, in 1992, the process took seven months. Ironically he is now a senator, faces allegations in the Petrobras investigation and would be eligible to vote on Rousseff’s impeachment.

If successfully impeached, Rousseff would be replaced by her vice-president Michel Temer, who is from the same Democratic Movement party as Cunha. “That party very much wants the presidency,” added Fleischer. “Despite still holding several cabinet positions I would expect them to ultimately unite against Rousseff.”

The battle is likely to end up at the Supreme Court, perhaps multiple times, with open questions as to whether the accounting irregularities are sufficient grounds for impeachment, and whether those allegations might be inadmisable as they happened during her first term as president.

Cunha, too, may face judgment from the ethics committee this month. And with the recession predicted to continue through 2016, further large-scale street protests that could yet impact Rousseff’s fate cannot be ruled out. 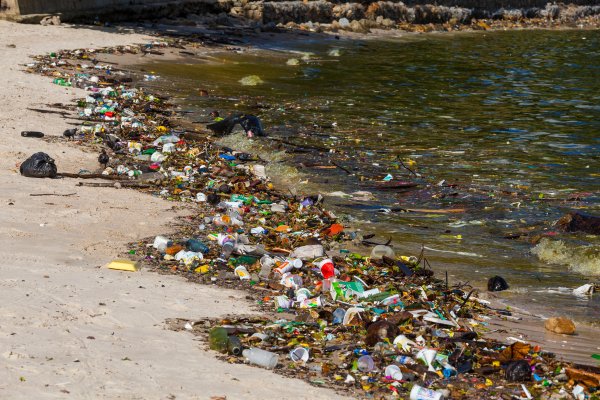