Why Parents Worry More About Sex than Violence in the Movies

When one of my children was younger, we went on an ill-advised excursion to a press screening of the first Transformers movie. No reviews were out yet, but I figured it was a movie in which cars turn into robots: what could go wrong?

I probably should have known better than to take a kid to something that I knew would have so much weaponry, but I’m not alone. A new study on movie ratings has found that parents are much more worried about their children being exposed to sexual content than to violent content.

The Parents Ratings Advisory Study, which was commissioned by the Classification and Ratings Administration (CARA), found that more parents (80% of those surveyed) are concerned with their kids seeing graphic sex scenes than with graphic violence (64%). And while only 56% of them are worried about the depiction of realistic violence, a full 70% are distressed by full frontal shots of people au naturel.

To some, there’s a disconnect here; violence is more harmful to people than sex. Parents universally hope their kids will never have to be violent or even experience violence. Sex, on the other hand, is a part of life that everybody wants their offspring to enjoy eventually. So why care so much more about depictions of sex than brutality?

Well, for one, exactly because of the difference in likelihood between the two things happening. Many people, at least in Western democracies on most days, can live their whole lives without encountering extreme violence. It’s a fantasy. But sex is something most humans will have to deal with eventually. It’s a reality. So far, it’s the species’ most effective means of reproduction.

Engaged parents generally feel they can counteract any glamorization of violence with their own behavior, and a frank and open discussion of the issues. They seem to be right; the research on whether violence in the media begets violence is indecisive at best. In any case, whether they’ve seen movies or not, most kids will try to get what they want by force at some juncture—yay, human nature!—so parents have plenty of opportunities to nip that kind of impulse in the bud and explain even to little children why it’s a bad idea.

The research on movies and sex is a little more definitive; a big 2012 study out of the University of Missouri found that exposure to sexual content in movies was linked with the “tendency to seek more novel and intense sexual stimulation.” Even if parents aren’t aware of the studies, they simply don’t believe their child is in danger of committing violence in the same way they are at risk of making unwise sexual decisions.

The glamorization of sex, the appeal of which is used to burnish the allure of pretty much every product ever invented, is much harder to offset than that of violence. Partly, this is timing. Kids’ interest in sex really ramps up at adolescence, just when parents feel, rightly or wrongly, their influence is waning. Moreover, on a very primal level, since parents are hardwired to avoid sexual feelings towards their offspring, it can feel awkward to consume any sexual content around them. They don’t want to have those conversations.

Then there’s the fact that when people—at least bad guys—are shot in movies, they bleed and die, albeit quite briskly and without much agony. When people get it on in movies, it usually ends well for all concerned. Very rarely are they depicted dealing with pregnancies, sexually transmitted diseases, or the vague feeling that they were just being used. To parents, the consequences of one are more clearly depicted than the other.

Finally, of course, violence has been around in the movies for quite some time. Parents were exposed to it when they were kids. Most of them don’t feel more violent as a result. So they’re less sensitive to it than they are to sex. They’ve been inoculated. Whereas only recently have frank depictions of sex or sexuality become commonplace not just in adult-oriented fare but in mainstream entertainment like prime time sitcoms or—yes—Michael Bay movies.

The findings of the CARA study may also reflect fears that it’s becoming harder and harder for parents to shield their kids from sex. Endless terabytes of pornography are just a click away, and the rise of streaming media has made sexually progressive shows like Orange is the New Black or Transparent available with few boundaries.

So parents might want to transcend the awkward phase and think about how best to talk with their kids about sex or what to say about nudity. Studies are pretty clear that kids whose parents talked often and openly about sex with teens were the most likely to make healthy choices in that area. Plus. It’s only a matter of time before a Transformers question is directed at you. 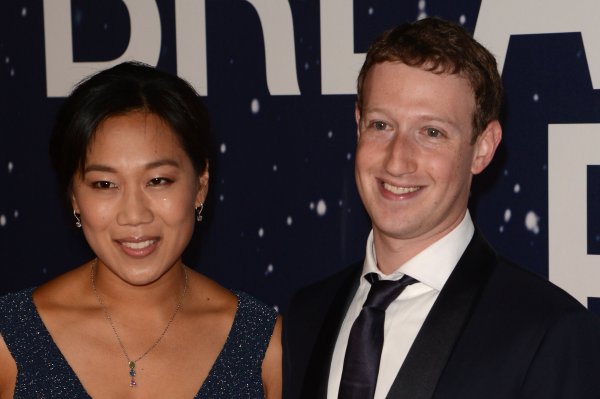 Zuckerberg’s Baby Leave Is a Win for Women
Next Up: Editor's Pick