More than 1,000 American rabbis from the across the country signed a letter published Wednesday urging Congress to accept Syrian refugees.

Published on the website for HIAS, the Hebrew Immigrant Aid Society, the letter recalls times in history when Jewish people were refugees seeking help in the United States.

“In 1939, the United States refused to let the S.S. St. Louis dock in our country, sending over 900 Jewish refugees back to Europe, where many died in concentration camps. That moment was a stain on the history of our country – a tragic decision made in a political climate of deep fear, suspicion and antisemitism… In 1939, our country could not tell the difference between an actual enemy and the victims of an enemy. In 2015, let us not make the same mistake,” it says.

The letter also ties the issue of refugees to religion, concluding: “As Rabbis, we take seriously the biblical mandate to ‘welcome the stranger.’ We call on our elected officials to uphold the great legacy of a country that welcomes refugees.” 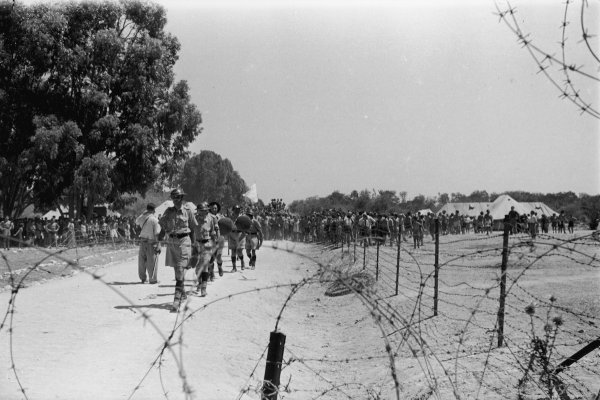 How Jewish Refugees Ended Up in Camps in Cyprus After World War II
Next Up: Editor's Pick