This 1968 Article About Guns in America Is Still Eerily Relevant

The impetus for the article was tragic, and unique to its time: the killing of Robert F. Kennedy, on June 6, 1968. But the opening paragraph, presented about two weeks after the assassination under a striking cover by artist Roy Lichtenstein, could have been written today.

“Forget the democratic processes, the judicial system and the talent for organization that have long been the distinctive marks of the U.S. Forget, too, the affluence (vast, if still not general enough) and the fundamental respect for law by most Americans. Remember, instead, the Gun,” the story began. “That is how much of the world beyond its borders feels about the U.S. today. All too widely, the country is regarded as a blood-drenched, continent-wide shooting range where toddlers blast off with real rifles, housewives pack pearl-handled revolvers, and political assassins stalk their victims at will.”

In fact, that same sentiment was expressed in the last 24 hours: as many observers have pointed out, the BBC’s report on the mass shooting in San Bernardino, which left at least 14 dead, described Wednesday as, “Just another day in the United States of America — another day of gunfire, panic and fear.”

The similarities between eras don’t stop there. While one of today’s more popular proposals for reducing gun violence is the “smart gun” that is specially linked to its owner, the solutions of a half-century ago involved closely linking bullets to each gun. “Some authorities have suggested that every firearm sold be ‘fingerprinted’ in advance by test-firing to determine its ballistic pattern,” the 1968 article noted. “In the age of the computer, such distinctive patterns could be kept on file without too much difficulty.” Likewise, as many people have reacted to the San Bernardino events with calls for gun control and questions about why gun violence is such a problem in the U.S., many commentators 50 years ago responded to the RFK assassination with similar questions. As part of the 1968 cover story, TIME ran a page of political cartoons from around the globe expressing just that thought (roll over to zoom in): 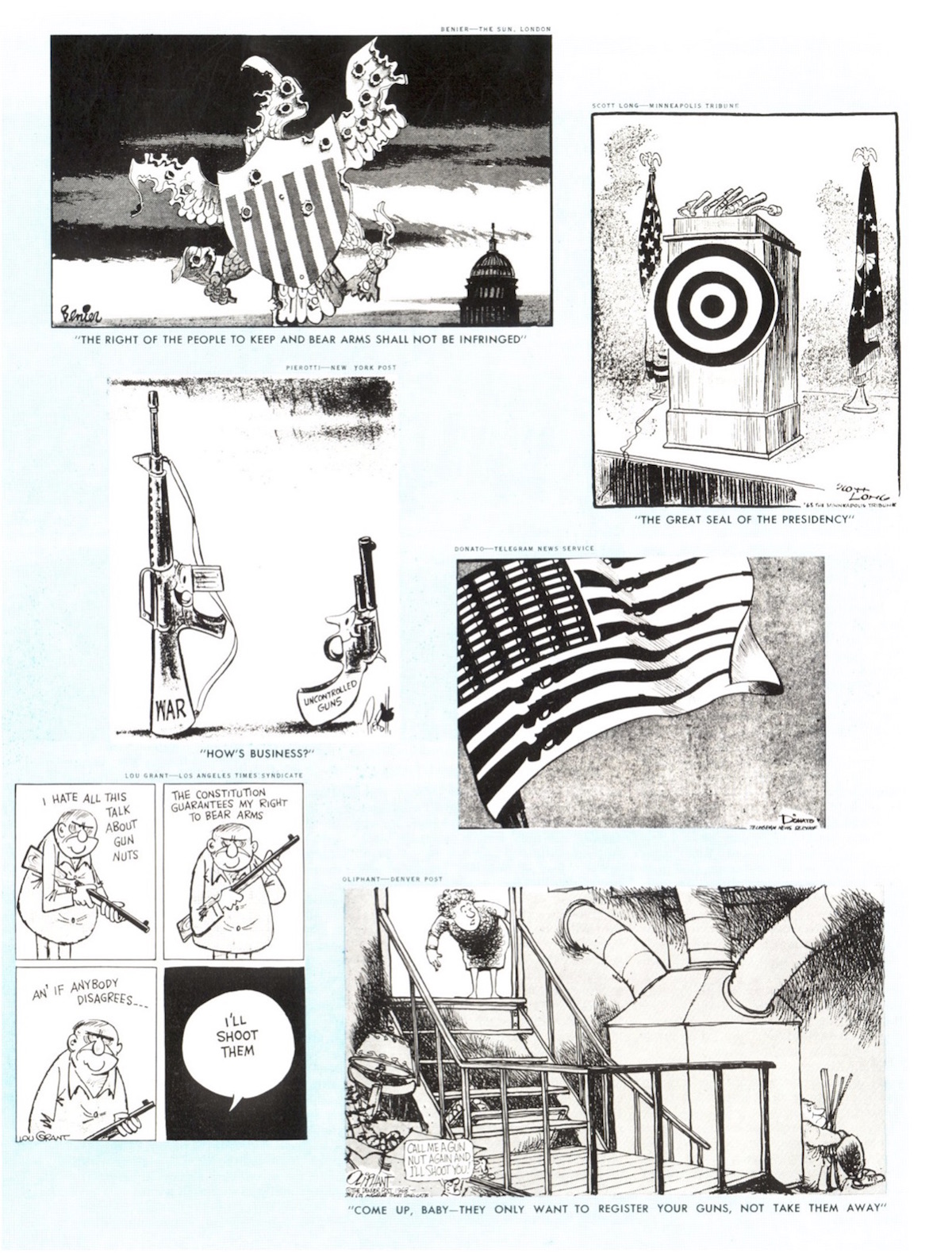 And finally, the feeling of inevitability and pessimism that accompanies some of today’s conversations about mass shootings is nothing new either. “Sir: If we think we‘re a violent nation now,” wrote reader Mrs. Norman L. Jacobson in response to the 1968 story, “just wait until our young children grow up.”

Read the full story, here in the TIME Vault: The Gun Under Fire

For your security, we've sent a confirmation email to the address you entered. Click the link to confirm your subscription and begin receiving our newsletters. If you don't get the confirmation within 10 minutes, please check your spam folder.
Most Popular on TIME
1
Why Has GameStop's Stock Gone Up So High Recently?
2
Could Amsterdam's New Economic Theory Replace Capitalism?
3
No, Trumpism Isn’t Over. Look at What Happened in Arizona 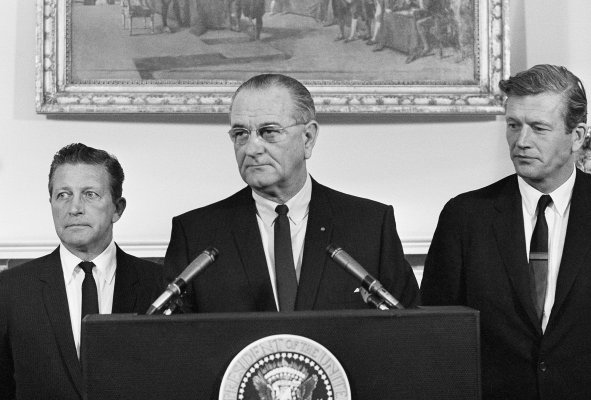 How Little Has Changed on Gun Control Since 1967
Next Up: Editor's Pick