It's not this hard: New studies show better way to turn back the clock
NARINDER NANU; AFP/Getty Images
By Jeffrey Kluger

For humans, death in old age has always been life’s great punchline. It takes 70 or 80 years to get really good at the whole business of being alive, and no sooner does that happen than mortality begins looking your way, tapping its watch and discreetly reminding you that there’s a line waiting for your table.

It’s the job of aging—and the multiple diseases that accompany it—to make sure we eventually get out of the way, an unhappy fact humans have been battling practically as long as we’ve been around. But some experts argue that aggressively treating the age-related diseases—heart disease, cancer, diabetes, dementia—instead of aging itself has been a mistake.

A collection of studies just published in Science aims to explore some promising new strategies for getting down into the machinery of the cells themselves to stop or at least slow the aging process. “Age is the greatest risk factor for nearly every major cause of mortality in developed nations,” wrote Matt Kaeberlein, University of Washington professor of pathology, and his colleagues in an introduction to the studies. “Despite this, most biological research focuses on individual disease processes, without much consideration for the relationship between aging and disease.”

The effort to change this is a war being fought on multiple fronts. Here are the places science is making some of the greatest advances.

Gut microbes: Whether you like it or not, your body is home to many trillions of bacteria that are essential to digestion and other bodily processes. In the aged, however, the makeup of that population changes, with higher concentrations of a bacterial species known as bacteroides, which which are harmless and helpful as long as they remain in the gut, but can cause infections and other problems when they infiltrate other tissues. Overall, researchers have found, the changing makeup of the microbiome can have an impact on immunity, cognitive function and maintenance of muscle tissue—all of which decline in older people.

The problem is exacerbated by antibiotics, which tend to be prescribed at higher rates as people age, and generally kill good bacteria as well as bad. Studies have shown that long-term stays at assisted living facilities or nursing homes are associated with both increased frailty and further deterioration of the microbiome—though it’s not certain whether this is a matter of causation or mere association. Either way, the microbiome is one of the easier parts of the human system to manipulate. It’s too much to say that we can eat our way to immortality, but better health and, perhaps, more years are hardly out of the question.

Telomeres: Telomeres are cuff-like structures at the ends of chromosomes that grow shorter over the course of a lifetime, leaving the body susceptible to a range of age-related breakdowns. According to Nobel Laureate Elizabeth Blackburn of the University of California, who wrote one of the papers in the Science release, the rate at which any one person’s telomeres burn down is from 30% to 80% determined by genetics, with the rest most heavily influenced by external variables such as diet, environmental toxins, exercise and stress.

The low-hanging fruit here are lifestyle variables: improving diet, increasing exercise, doing what you can to reduce stress and limit exposure to environmental toxins. No matter the reason for telomere shortening, boosting the levels of the body’s own telomere-building enzyme, known as telomerase, may help. That can be done, but it’s risky. According to Blackburn, who is one of the discoverers of telomerase, “in 80 to 90% of fully malignant human tumors, cancer cell telomerase is up-regulated compared to normal tissue counterparts.”

Still, the enzyme remains one of the great hopes of anti-aging scientists, provided the dangers can be controlled. That’s no easy feat, which is why a hope—but a promising one—is what telomerase will remain for now.

Stem cells: The body’s best little construction workers are stem cells, the versatile progenitor cells that have the power to rebuild organs and other systems by becoming whatever kind of specialty tissue they need to be. No surprise, stem cell production and performance decline as we age—and organ decline follows. Environmental factors such as toxins and poor diet can further damage stem cells, as can sun exposure, in the case of the skin. Two approaches can help reverse, or at least slow, the aging and death of stem cells. In numerous experiments, stem cells from an older organism injected into a younger one have been shown to revert to a more youthful state, and the reverse is true for young cells place in an aged body. Introducing plasma or other blood factors from younger people into older ones may work a similar rejuvenation. Simpler interventions may also help: if a person with a poor diet and little exercise or a high stress level is exhibiting stem cell decline too early in life, reducing the stressors and otherwise changing the lifestyle may reduce the problem too.

Mitochondrial breakdown: There’s a little tiny engine room deep inside your cells that is responsible for metabolizing energy and keeping the cell alive. It’s the mitochondria, and it’s so important it’s thought of as its own tiny organ. It even has its own DNA profile. But the engine starts to falter as we age, and that has an impact across the entire power grid that is the body. The good news is, researchers have definitely determined that yes, this plays a direct role in aging. The bad news is that reversing the process doesn’t seem to reverse aging—at least not by itself.

The breakdown in the mitochondria has to do with how key proteins—which are densely packed inside the organelle—unfold as they go about their work. This process is less efficient in older organisms. Investigators working with roundworms have figured out ways to intervene in this process and improve the unfolding, but that hasn’t had an impact on the apparent age of the animal. Still, the authors of the Science paper have concluded that while mitochondrial health does not, on its own, determine aging, it all but surely plays an important role. Determining that role—and making the most of it—is where anti-aging therapy might lie. 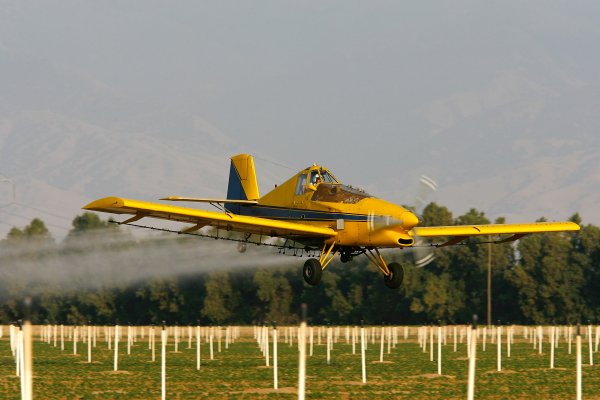 Common Pesticides Linked to Decreased Lung Function in Children
Next Up: Editor's Pick