Why We Don’t Really Know How Many Mass Shootings Occur in the U.S.

Multiple shooters opened fire in a San Bernardino, Calif., center for the developmentally disabled on Wednesday, in an attack that police believe left as many as 14 people dead and another 14 injured.

It was the 352nd mass shooting this year—at least according to an often-cited database on the website Reddit. But depending on your definition of “mass shooting,” that number is either highly misleading or spot on.

The truth is that there’s no widely accepted definition for what amounts to a “mass shooting” and therefore no trusted central database for the number of incidents that occur in the U.S. The Mass Shooting Tracker, compiled by Reddit users, defines “mass shooting” as four or more people either killed or injured, including the gunman.

But that definition is often criticized for being overly broad. The FBI, for instance, defines “mass killings” as “three or more killings in a single incident” and defines “active shooter” as “an individual actively engaged in killing or attempting to kill people in a confined and populated area.”

And the FBI’s definition is criticized by some for compiling too few shootings. In a 2014 report, the FBI said it had identified a total of 160 “active shooter” incidents and only 43 “mass killings” between 2000 and 2013. It doesn’t keep any sort of real-time database that can be publicly accessed.

Until there are definitions widely accepted by government agencies and the general public, there will be conflicting and unsatisfying numbers on shootings in America. The only thing we might be able to agree on is that there are too many. 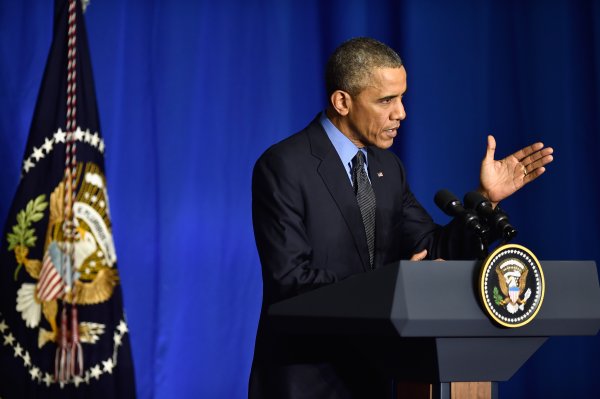 Obama Says Mass Shootings in U.S. Unparalleled in World
Next Up: Editor's Pick