MTV thinks that my generation—kids born after December 2000—should be called “the founders.” Some experts describe my generation as risk-takers. They say that we stand out.

MTV says that we “founders” will fix what the millennials have disrupted. I would love for my generation to be the “founders” and fix the disruption, but I disagree with the way they describe my generation.

Almost all my life I have grown up with social media. When I was younger, I used to think Instagram was the coolest thing, where people could take funny pictures of themselves and share them with their friends.

As I’ve grown up, social media has a different meaning to me. Social media now is all about being social and looking pretty and showing it off to everybody you know. It’s about having more followers than the next person, and getting the most likes. I know some people who have over 1,000 followers on Instagram.

The experts say that my generation likes to stand out and be independent and take risks, but really many people my age are more worried about having more followers on Instagram. Or we feel that we need to look prettier, or act a certain way to fit in.

Millennials are also described as the people who made all of these technologies like Uber and Airbnb that may cause some people to lose their jobs and disrupt society. But my generation now takes these for granted. I worry that we won’t be concerned with changing or fixing problems like those as we grow up.

As much as I would like to be a founder, it’s not describing my generation correctly — at least, not yet.

Eleanor Weber is a seventh-grader in New York City. Her father works for TIME. 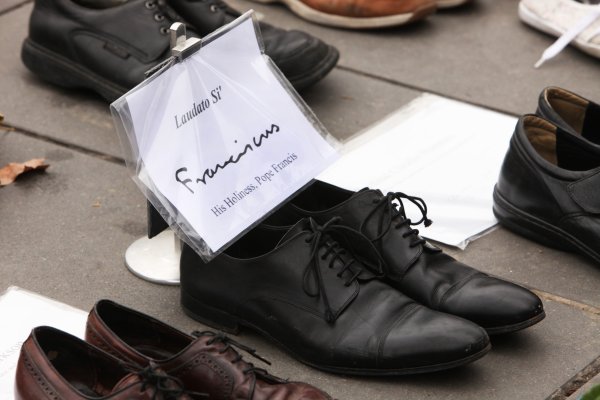 World Leaders Must Listen to Pope Francis on Climate Change
Next Up: Editor's Pick