Cate Blanchett and Rooney Mara during the Cannes Film Festival on May 17, 2015 in Cannes, France.
Barcroft Media--Barcroft Media via Getty Images
By Eliza Berman

If the kick-off to the 2015-16 movie award season has told us anything, it’s that the year’s top prizes are anyone’s to win. Between Monday’s Gotham Awards, Tuesday’s National Board of Review awards and Wednesday’s New York Film Critics Circle prizes, this week has seen several film organizations recognize several very different movies, and with good reason: In a year that’s had its share of beautiful, harrowing and just plain solid movies, it’s only natural that there’s more than one frontrunner.

The NYFCC consists of 30 film critics for New York-based publications, and has met every December since the 1930s to vote on the year’s top films, actors, directors, cinematographers and screenplays. Leading the pack this year was director Todd Haynes’ period love story Carol, which won not only Best Picture but Best Director for Haynes, Best Cinematographer for Edward Lachman and Best Screenplay for Phyllis Nagy, who adapted the script from Patricia Highsmith’s 1952 novel The Price of Salt. The tale of romance between two women in the early 1950s, starring Cate Blanchett and Rooney Mara, couldn’t be more different from Gotham’s pick, Spotlight, or the NBR’s top choice, Mad Max: Fury Road.

For its acting awards, the NYFCC singled out Saoirse Ronan, whose young Irish immigrant in Brooklyn has made her an early Oscar contender, and last year’s Oscar winner Michael Keaton for Spotlight, which has thus far been recognized more for the performance of its entire ensemble than for any one player. And while Mark Rylance’s win for his supporting role in Bridge of Spies squares with the ample accolades he’s garnered for the role, Kristen Stewart’s win for Clouds of Sils Maria is perhaps the most surprising of the group’s 14 awards. Though much lauded for her performance, the movie itself premiered at the 2014 Cannes Film Festival and was a relative blip at the U.S. box office—not to mention that most of the attention for supporting actresses this year has gone to Mara for Carol and Alicia Vikander for The Danish Girl.

Other winners include Inside Out for Best Animated Film, Frederick Wiseman’s neighborhood portrait In Jackson Heights for Best Non-Fiction Film, the Mauritanian Timbuktu for Best Foreign Film and László Nemes for Best First Film for the wrenchingly unflinching Auschwitz drama Son of Saul. Special awards went to longtime composer Ennio Morricone (who composed the score for this year’s Hateful Eight) and to critic and Janus Films helmer William Becker, who died in September at 88. 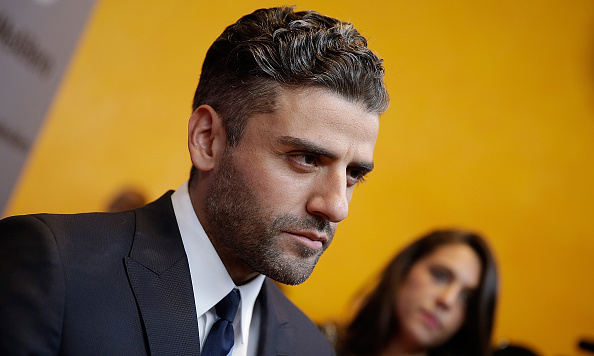 This Will Change How You See Darth Vader Forever
Next Up: Editor's Pick