Why Over-the-Counter Birth Control Is Stalled

Cory Gardner: The Colorado Senator showed how Republicans can win in a purple state in 2014 by countering attempts to paint him as unsupportive of women's concerns. When the dust from the GOP primary settles, the eventual presidential candidate may follow his lead.
Bill Clark—CQ-Roll Call/Getty Images
By Charlotte Alter

Women in California and Oregon will soon be able to get hormonal birth control from a pharmacist without a doctor’s visit, thanks to new state laws passed by blue-state legislatures and signed by Democratic governors. Meantime, key Republicans in Congress have taken up the mantle of over-the-counter birth control, partly to weaken the Democratic rallying cry that the GOP is waging a “war on women.”

But that bipartisan support doesn’t mean that over-the-counter birth control will be available nationwide anytime soon.

Instead, the idea has gotten bogged down in debates over Obamacare and contraceptive coverage, with both Democrats and Republicans hoping to score some political points with their own proposals rather than working together. For the near future, state-level efforts like those on the West Coast may be the only progress on the issue.

On a policy level, over-the-counter birth control comes from a change in thinking on how often women should see their gynecologists. Doctors used to recommend that all women get an annual pap smear to screen for cervical cancer, but in 2012 those the official guidelines were changed to suggest women only need to be screened once every three years. Since annual pap-smear appointments are often when women get their birth control prescriptions refilled, removing the annual screening means women have to make a trip to the doctor just for the prescription alone.

Under the new rules in California and Oregon, women could consult with their pharmacist and fill out a brief questionnaire to make sure there aren’t any health concerns, and then get their birth control on the spot.

On a political level, the idea is largely a pushback against the successful 2012 Democratic attack line that Republicans as waging a “war on women.” A month after the election, then-Louisiana Gov. Bobby Jindal wrote an op-ed in the Wall Street Journal calling for hormonal contraception to be available over the counter. “As a conservative Republican, I believe that we have been stupid to let the Democrats demagogue the contraceptives issue and pretend, during debates about health-care insurance, that Republicans are somehow against birth control,” he wrote. Colorado Republican Cory Gardner ran with the idea in 2014, helping beat a Democratic opponent who was using the 2012 playbook on women’s issues.

Now in Congress, Gardner and fellow Republican Sen. Kelly Ayotte of New Hampshire have proposed a bill that would allow over-the-counter contraceptive access. Their bill would give pharmaceutical companies incentives to lobby the Food and Drug Administration to approve over-the-counter sale of hormonal birth control to patients over 17, which Gardner calls a “a policy solution, not a political talking point.” The bill would fast-track applications to the FDA and waive the filing fee, so that companies could seek approval to sell oral contraceptives without a prescription.

Gardner says his over-the-counter birth control plan would allow women to have “24/7 access to birth control, on their time,” and that Democrats who oppose the idea are just scared of losing one of their most effective talking points.

But reproductive rights groups are skeptical, arguing that the Republican bill is a sneaky way to undermine hard-won victories on contraceptive coverage. Since prescription birth control is counted as preventive medicine under the Obamacare, it’s available without a copay—and it’s unclear whether that coverage would remain under this version of the bill. And the bill proposed by Gardner and Ayotte has an age limit and an ID requirement, which could make it difficult for young or undocumented women to access contraception, according to Megan Donovan, Federal Policy Counsel at the Center for Reproductive Rights, an advocacy organization.

That’s why the Center for Reproductive Rights and Planned Parenthood support a competing bill proposed by Senator Patty Murray (D-Wa.) which would require health insurance to cover birth control pills even if they’re sold over the counter, expanding the contraceptive mandate to birth control without a prescription.

“The Gardner-Ayotte bill is a Trojan horse,” says Dawn Laguens, executive vice president of Planned Parenthood Action Fund. “It may claim to expand access, but the reality is it would give women fewer birth control options and force them to pay twice for their birth control.”

Gardner dismisses that criticism as politicized, saying there’s nothing in the bill that changes the way prescriptions work. “People could still go seek a prescription if they like,” he says. “We are not telling people not to go to the doctor.”

How to pay for it, of course, is another question entirely.

Read Next: The Long, Strange History of Birth Control 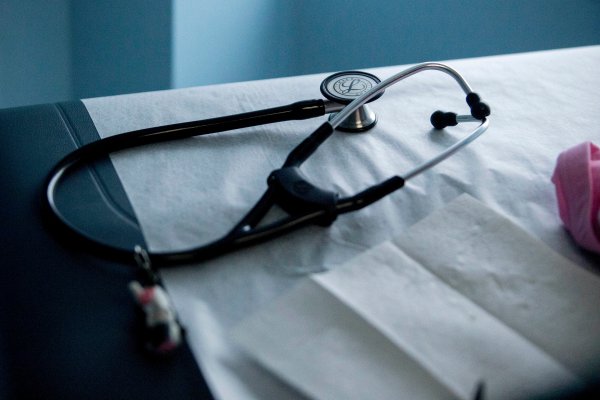 1 Million New Americans Have Enrolled in Obamacare
Next Up: Editor's Pick