Could Probiotics Be a New Strategy For Weight Loss?

A probiotic blended into a milkshake may help protect against weight gain, according to a small recent study published in the journal Obesity.

But first, some important caveats: the study tested a commercial product called VSL#3, and was funded by VSL Pharmaceuticals, Inc. The sample size was small. Still, the findings add to growing evidence that probiotics and the gut microbiome may play a role in weight loss.

Past research has linked obesity and diabetes to imbalances in the microbiome, which is made up of trillions of bacteria living in the gut. What we eat can shift our bacterial communities for better or for worse, and probiotics (0ften called “good bacteria”) are being investigated for their potential to support beneficial colonies.

In the new study, Virginia Tech researchers studied 20 healthy men who went on a high-fat and high calorie diet for four weeks. Some men also drank a milkshake that contained VSL#3, a probiotic with multiple strains of bacteria including Lactobacillus acidophilus and Bifidobacterium longum, while others consumed a placebo milkshake. The researchers found that the men who consumed the probiotic mix had lower body mass gain and fat accumulation than those who didn’t.

The researchers suggest that the probiotic supplement might work for a number of reasons, and though they cannot determine a mechanism from their findings, they have some ideas. Overeating can quickly change microbiome communities, which makes it harder for the body to absorb nutrients, they say. It’s possible that the VSL#3 helped alter the gut bacteria in way that influenced this system and led to less body fat accumulation. In addition, the researchers say that the probiotic may have reduced lipid absorption or impacted energy expenditure.

The study is not the first to suggest a connection between probiotics and slimming down. Two strains of probiotics, Lactobacillus and Bifodobacterium, have been highlighted as specifically beneficial to internal health. A small 2014 study published in the British Journal of Nutrition, reported that overweight women consuming daily probiotics lost more weight that women taking placebo pills, though men did not experience the same benefit. (The study was sponsored by the Nestlé Research Center.)

Other studies that are not industry-funded have also found benefits from probiotics, like better blood pressure control and improved mood. The science isn’t yet definitive, and researchers are still uncertain about the best ways to consume probiotics or how to ensure they make it all the way to your gut, but plenty of research into the microbiome is ongoing.

Read more: You Asked: Should I Take Probiotics? 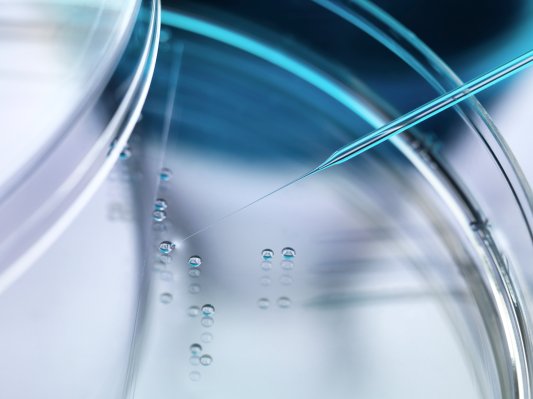 Scientists Use Stem Cells From Rats To Create First Contracting Muscle
Next Up: Editor's Pick