A police officer in Norman, Okla., picked up an unusual suspect on Tuesday morning.

Officer Kyle Canaan rescued a mischievous miniature donkey, nicknamed Squishy, after he was spotted on the side of a busy roadway by a local woman on her way to work. “If I hadn’t gotten him off the road, yeah, he could have definitely been killed,” Robin Strader told KFOR.

The cops were called and Canaan showed up to help remedy the situation. After Strader said Squishy could stay on her property until his owner was located, Canaan used animal feed to lure him into the back of his car and chauffeured the donkey four miles to safety.”It was a perfect fit. I was able to shut both doors. I rolled the window down for it,” the officer said.

The ride-along went smoothly, save for one small incident.

“It used the bathroom in the back of my police car,” Canaan said. 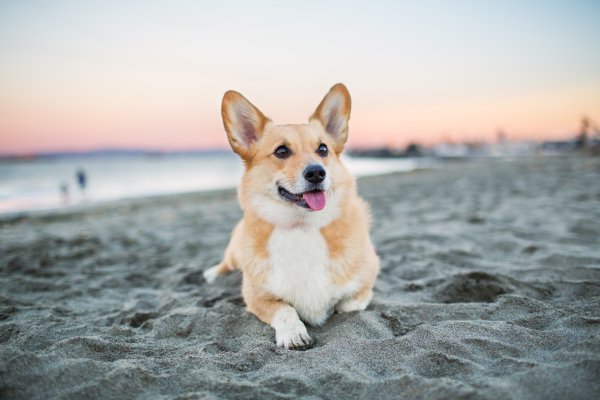 Rogue Corgi Accidentally Ends Up in Hawaii, Is Totally Chill About It
Next Up: Editor's Pick