Feast Your Eyes on This Original Painting by Snoop Dogg

Snoop Dogg is many things to many people. A rapper, an actor, a Game of Thrones fan, a pot purveyor. But many people don’t realize that Snoop is also a visual artist. (Last year, Paper magazine called him “the Jackson Pollock of our time,” which feels correct.)

On Tuesday night, Snoop stopped by Jimmy Kimmel Live! to discuss his new marijuana brand — but Kimmel also made sure to bring up Snoop’s side hustle as a painter. He showed off a painting — “an original Snoop Doggy Dogg” — and then asked the rapper for some more detail.

“You know what, it’s in spurts I paint,” Snoop explains. “Maybe three or four times a year.” Inspiration usually strikes when he’s in a hotel room in another country. He made the painting in the clip above, for example, in Australia at the Versace Hotel. But no, that doesn’t mean he carries his painting supplies all over the world with him. He is an entrepreneur. He obviously sends someone else to the paint store.

The clip was part of Kimmel’s special episode dedicated to Shopathon, an effort co-created by (RED) and VICE Media to raise money for the Global Fund to Fight AIDS.

Read next: Snoop Dogg Just Launched His Own Brand of Pot 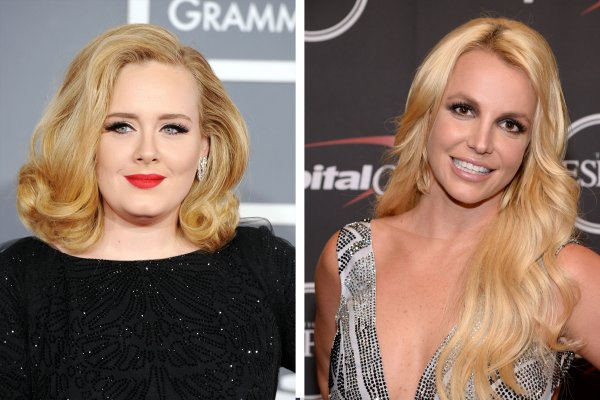 Britney Spears Loves Adele's 'Hello' Just As Much As You Do
Next Up: Editor's Pick