House Speaker Paul Ryan will deliver what his office is billing as a major address Thursday at the Library of Congress as he seeks to reestablish himself as an intellectual leader within the Republican Party. Paul has long called for the GOP to offer an alternative to President Obama‘s agenda and his speech will be his latest effort to offer one to the American public. His remarks will contrast with those across town as the 14 remaining GOP presidential candidates participate in a cattle-call as the fractured field seeks to cater to an even more fractured party.

Donald Trump is back on top of the GOP primary field nationally, a new poll shows, as Ben Carson‘s support has waned after the attacks in Paris. Hillary Clinton‘s poll numbers are also up and she leads most of the GOP top tier in head-to-head match-ups, save for a statistical tie with Marco Rubio. The hunt for the Republican nomination has stratified to the top tier—led by Trump with Carson, Rubio and Ted Cruz—and a large field of long-shots polling in the low single digits—led by Jeb Bush at 5%. With under 60 days to go until voting, the candidates in the crowded lower tier need to do more than simply position themselves as alternatives to the front-runner if they hope to catch fire.

John Kasich‘s campaign is gloating that their candidate is taking fire from Trump as he has reoriented his campaign—and his associated super PAC has followed—around the task of taking down Donald Trump. So far Kasich has little to show for it other than return fire, but he is hoping to demonstrate toughness in the face of the former reality television businessman’s bluster. Jeb Bush, meanwhile, is arguing there is more strength in humility than braggadocio, which may be true, but in a year where voters want bombast indicates why he’s having so much trouble connecting.

Wary of Donald Trump, G.O.P. Leaders Are Caught in a Standoff
No clear path to taking no front-runner [New York Times]

In New Hampshire, No One Does Town Halls Quite Like Chris Christie
Christie has elevated the campaign ritual to high art [Washington Post]

Marco Rubio’s N.H. Surge Is Riddled With Doubts
Mechanics have taken a backseat just when he needs them most [Boston Globe]

“Should I be elected president, I would have my vice president — I think she will be a great partner … I mean, did I say that out loud?” — Jeb Bush in Waterloo, Iowa Tuesday, suggesting he’d pick a female Veep

“I am not taking pain medication, other than at night, for the reason that I saw what it did to my friend Rick Perry when he ran for president, and I said if I mentioned three things I wanted to be able to remember them.” — Mike Huckabee on campaigning through pain after knee surgery last week

Trump Back On Top As Carson Fades [TIME]

Kerry: We Can Defeat ISIL ‘If We Get Our Act Together’ [Politico] 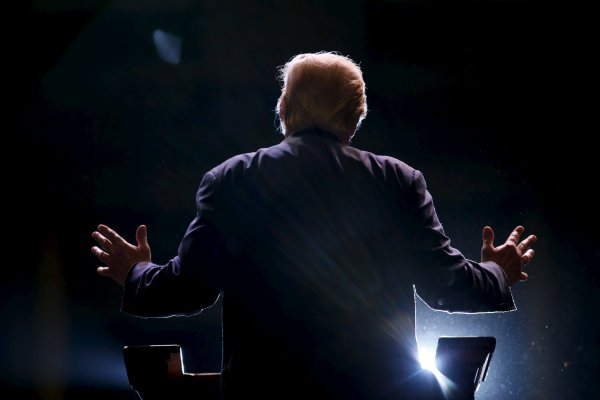 Trump Back on Top as Carson Fades
Next Up: Editor's Pick