Jeb Bush on his VP: “She Will Be A Great Partner”

Jeb Bush made a point Tuesday night to refer to his as yet unnamed potential Vice President pick as woman.

“Should I be elected president, I would have my vice president — I think she will be a great partner,” the former Florida governor said, during an appearance in Waterloo, Iowa.

It seemed to be an intentional feint at a slip of the tongue. “I mean, did I say that out loud?” Bush immediately joked.

“We always talk about this with one gender in mind,” he continued. “I think we’ve reached the point I think in our country where maybe we should be a little less gender-specific about this. He or she should be an integral part of the team. And frankly, the one important element of selecting a vice presidential candidate is whether he or she is qualified to be president. Everything else is secondary.” 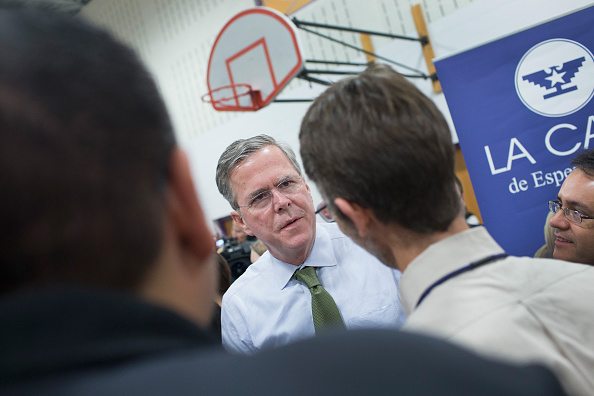 Jeb Bush Says Students Would Be Better Moderators
Next Up: Editor's Pick