World Leaders Must Listen to Pope Francis on Climate Change

Pope Francis' shoes displayed at Place de le Republique, which is covered with shoes as part of symbolic rally organized by the NGO Avaaz during the forbidden COP21 demonstration in Paris on Nov. 29, 2015.
Patrick Aventurier—Getty Images
Ideas
By Christopher J. Hale
Hale is a Democratic politician from Tennessee; he has been a Catholic nonprofit executive and helped lead faith outreach for President Barack Obama.

​The climate change conference that kicked off this week in Paris has been called the world’s “last, best hope” for an international agreement to combat climate change. Though past conferences have largely been failures, there’s a new player in town this year who could change everything: Pope Francis.

On Monday Francis said it’s “now or never” for the international community to start effectively curbing climate change. “Every year the problems are getting worse,” he said. “We are at the limits. If I may use a strong word I would say that we are at the limits of suicide.”

To stand in solidarity with climate-change protestors at the conference, Pope Francis sent his shoes to Paris. But that’s nothing compared to what he’s done the past year to confront this global crisis.

In June, Francis released his groundbreaking encyclical on climate change. Easily the most read papal document ever, even the world’s political elite took it seriously. President Barack Obama tweeted his support for it, and Joe Biden told me that he read it cover to cover.

But Francis’s moral authority on human ecology stretches well beyond politics. In fact, it’s Pope Francis’s populist framework on caring for God’s creation that may prove most effective in the Paris negotiations. When Francis worries about the victims of climate change, he’s more concerned about the poor and excluded—not the whales.

In his encyclical, Francis argued that there is an “intimate relationship between the poor and the fragility of the planet.” He also denounces the elitist “green rhetoric” that sometimes characterizes the climate-change debate. Today’s environmentalist, Francis argues, must hear both the cry of the earth and the cry of the poor.

That language is a winning formula for politicians gathered in Paris. Domestically, many world leaders face significant opposition to climate change. In the U.S., Obama faces GOP challenges to his EPA regulations. Consider the president’s Sept. 27 speech to the U.N., in which he praised the visiting pontiff for “rightly” pushing for action:

EPA Administrator Gina McCarthy took the pope’s environmental messaging on the road, speaking at Georgetown University and the University of Notre Dame, two of the nation’s top flagship Catholic universities. She even co-authored an op-ed with Blase Cupich, Pope Francis’s handpicked archbishop of Chicago. In the July 24 essay, they wrote that Americans had a “moral obligation to act on climate” and strongly defended the administration’s landmark Clean Power Plan, aimed at reducing carbon pollution from power plants.

The Obama administration gets it: Preaching Pope Francis’s message on climate change works. It can help turn what was often derided as an elitist secular cause into a bread-and-butter mainstream issue.

The pope’s message also gives domestic and global leaders political cover to take new actions to address climate. In September 10 House Republicans did just that, writing a resolution citing the pope in their call for their party to get serious about climate change.

Pope Francis has laid the groundwork for clear and effective action in Paris. He’s also pointed a new way forward for discussion. Climate change policy discussions too often happen from above. Francis wants them to begin from below. Citing the “ecological debt” rich countries owe poor countries, Francis wants to make sure policy makers put developing countries in the center of the decision making.

Francis has given the leaders gathered in Paris the vision and the space to make change. Now’s it up to the politicians to follow through. 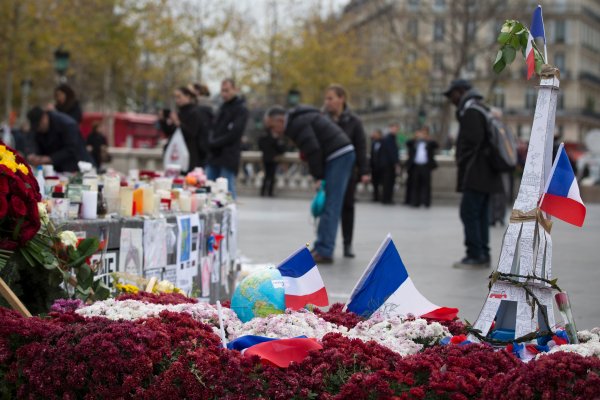