How Every Generation of the Last Century Got Its Nickname

Coining a nickname for an entire generation has become something of a pastime for academics, journalists and marketers. This week, the cable network MTV joined the generational name game when it announced it had its own moniker for the millions of kids coming after millennials: the Founders.

The idea that the people who make up a generation share certain characteristics—and thus should share a name—dates back to the mid-19th century, and most cohorts from even before that time have been given retroactive nicknames. But it wasn’t until the early 20th century that those groupings gained mainstream popularity in the United States.

The woman who should perhaps be given credit for starting the trend was the novelist Gertrude Stein, who reportedly first coined the term the Lost Generation to describe the people who were born roughly between 1880 and 1900 and who had lived through World War I. That phrasing was popularized by Ernest Hemingway in The Sun Also Rises, the epigraph for which quotes Stein saying, “You are all a lost generation.”

As for the first generation of the 20th century, those born between 1901 and 1924, generational theorists Neil Howe and William Strauss have dubbed it the G.I. Generation. “The initials ‘G.I.’ can stand for two things—‘general issue’ and ‘government issue’—and this generation’s lifecycle has stood squarely for both,” the two wrote in their 1991 book Generations.

In 1998, however, journalist Tom Brokaw largely supplanted that moniker when he wrote The Greatest Generation, which profiled individuals who grew up during the Great Depression and fought in World War II. The name stuck.

On the heels of the Greatest Generation came the Silent Generation, a group born between 1925-1942 who were children during World War II but too young to fight. The name’s first recorded appearance was in an essay in TIME in November 1951, though the unnamed essayist does not take credit for the idea. “By comparison with the Flaming Youth of their fathers & mothers, today’s younger generation is a still, small flame,” declared the magazine. “It does not issue manifestoes, make speeches or carry posters. It has been called the ‘Silent Generation.’ But what does the silence mean? What, if anything, does it hide?”

This relatively small generation found itself sandwiched between the war hero G.I.s and the large and influential Baby Boomer generation, a term that first appeared in the Washington Post in 1977 and pushed aside other names like Rock and Roll Generation and Generation Jones. That moniker came about from the “boom” in the number of children born once soldiers returned home following World War II.

The naming of Gen X began a rather lazy era of alphabetic generational names. Gen Y was soon used for those born between 1980 and 2000. In 1991, however, the term “millennials” was used in the book Generations, and the name eventually became widely accepted, helping Neil Howe become a preeminent expert on generations—and leading to half a dozen books written by Howe on millennials alone.

For this latest generation, Gen Z and Founders are just two of many names in the running for this post-millennial group, including iGen, Homelanders, Plurals, Posts, ReGen, and now, Founders. All of them attempt to reflect some aspect of what defines those roughly 14 years and younger today, whether it’s their diversity, their reliance on social media, or their desire to fix what they see as a society disrupted. It just might take a generation to know which name will win out.

Read the full 1951 essay in which the term ‘Silent Generation’ first appeared, here in the TIME Vault: The Younger Generation 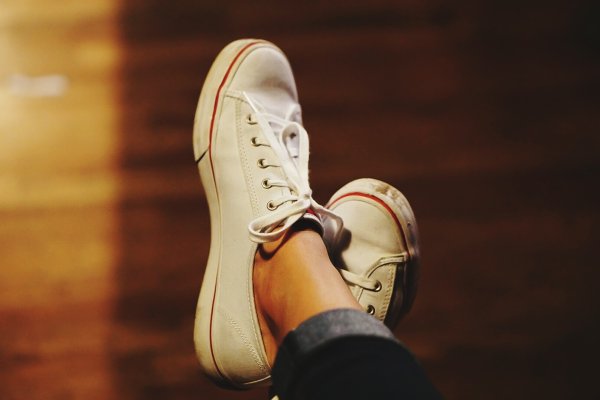 Here's What MTV Is Calling the Post-Millennial Generation
Next Up: Editor's Pick