The Only Person Who Can Help the Middle Class

Peter Kiernan is an entrepreneur and author of American Mojo.

All our presidential hopefuls are middle class champions—just ask them. Whatever their discord, the common thread of the middle class binds them all.

What a shame their approaches are so tired and puny. These champions’ efforts to save the middle class are consistently short-sighted or miss the mark entirely.

Today 45 million are poor in the U.S.—an unacceptably high number. But above that seam of the poverty line are another 50 million, just a twist of life’s knife away from poverty. In addition, there are over 6 million Americans between the ages of 15 and 25 are NEETs—not in Employment, Education or Training. Having so many young people hopeless is an anchor on the middle class.

Everything about our middle class has changed except our tools to build it. The time has come for bold ideas, not competing tax plans and death by PowerPoint.

Candidates’ tax plans seek to put more money in the pockets of Americans. But with about 70% of taxes paid by the top 10%, tax cut benefits are lopsided and miss most of their target.

Several candidates are trumpeting corporate cash repatriation plans. But reducing tax friction does not make companies act, any more than holding interest rates near zero does. If corporations are people, they are among the most selfish you will ever meet. One word motivates them to spend: confidence. Without it they accumulate cash, repurchase shares, or acquire competitors and shave redundant expenses—today we have a bumper crop of all three.

Likewise, increasing capital gains taxes and creating six-year holding periods sound good. But neither is a great way to build anything. Small businesses, particularly companies with fewer than 20 employees are the cradle of job creation. Tax increases and greater regulatory hurdles for these small companies are a departure from common sense.

A few ideas have some merit. For example, many candidates support increasing the minimum wage. So be it. We have bumped the minimum wage seven times since President Ronald Reagan—let’s make it eight. After-all roughly 3 million workers were paid at or below the federal minimum wage- that’s 2 percent. It’s important to these people but isn’t going to change our trajectory. President Barack Obama wants to ensure time and a half for workers who put in sufficient hours. Fair enough. Let’s do that, too.

But what we can’t do is pretend that these actions will meaningfully change the lives of the middle class. These steps are necessary but nowhere near sufficient.

Our champions are missing a basic economic truth: Simply giving people cash will not elevate them to middle class for long. Federal Reserve accommodation and government attempts to give Americans more cash more stems from a belief that we are facing a cyclical downturn. That’s precisely why every single plan proposed by the aspirants to our highest office will fail.

More cash in the pocket has a wondrous sound to it. Champions often look to supply side economics and trickle-down as their rationale. But are these economic truisms working if the Dow Jones, hunger and homelessness are all simultaneously hitting historic highs?

Real champions need to stand up and say: “Now is the time for all good people to come to the aid of their country.” Here are five ideas that could help the middle class.

1. Invest in infrastructure. Let’s create a national infrastructure bank to aid states and communities in rebuilding. Let’s not raise taxes but ask every pension fund—corporate, union, public worker pension and retirement fund to invest. Let’s put these organizations’ people to work. Ask every American to buy Job Bonds like War Bonds of yore. Just how bad does the plight of the middle class have to get before we redirect our resources?

2. Cut down on regulation. Every state and municipality needs an office of regulatory sanity.

3. Focus on jobs. Let’s create a cabinet position for jobs—why aren’t we moving Heaven and Earth to fill and create great jobs?

There are about four million skill-based jobs available in the country. Every mayor or governor should know what jobs their city or state has available—then marshal resources at community colleges and corporations to fill them. Some companies will only interview people who already have a job. Why not incentivize corporations to deliberately hire unemployed veterans, NEETs or laid-off machinists who need training?

And if someone starts a small business and builds a job provider, reward them. If they sell the business, grant them a tax break. Cut out the 1% if you like, but champion true job creation.

4. Support STEM. Great futures spring from robust science, technology, engineering and math preparation. Just 8% of American students’ graduate college with STEM Degrees—China is closer to 30%. Why not incentivize teachers of STEM and students with loans, scholarships, research funding to spur these vital disciplines?

5. Reward R&D. Research and development is the soul of middle class job creation —Let’s implement tax incentives to support R&D. Other countries have figured out the power of research. Will we let them steal the march?

The path forward cannot be navigated in the rearview mirror. We need champions from every sector, including government, business, non-profit and higher education, to chart it. You won’t find these champions on the debate stage. They are in the audience and in living rooms and gathering places all across the nation. The champions we need are you. 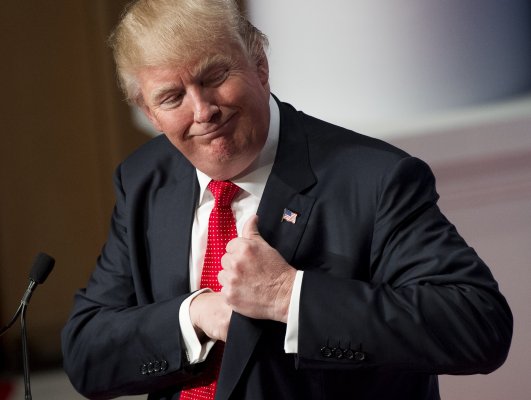