In 2008, Macchiarini created a sensation by regenerating in the lab a trachea, or windpipe, from a woman’s own stem cells and then transplanting it to replace her diseased one. Now, he has succeeded in regenerating a diaphragm—a more complex organ, since it contracts in response to signals that regulate breathing.

He accomplished the feat using rat stem cells, but is already working toward applying the same technique to human cells. “I was expecting that it would work simply as an anatomical barrier,” says Macchiarini of the diaphragm scaffold he created. The diaphragm is a thick slab of muscle that separates the chest from the abdomen, and it’s critical to helping push lung tissue during breathing.

In the study, Macchiarini used the same technique he did to create the trachea, by taking stem cells from the bone marrow that can develop into certain tissue cells, and then seeding these on a polymer matrix of proteins that he transplanted into a part of the rats’ diaphragm. His team only removed part of the diaphragm so they could compare how the regenerated portion functioned compared to the original one.

“All of the evaluations showed that the [two] were totally identical,” he says. And to their surprise, the stem cell-based section also contracted as a muscle should.

But Macchiarini is the first to note that the technique is far from ready to help the one in 2,500 babies born with defects in the diaphragm. For one, he’s not sure yet exactly why the cells did what they were supposed to do and were able to develop and coordinate their activities in order to contract in sync. “If you ask me why it happens, to be very honest I don’t know,” he says. “I can just say that we saw many proteins, extracellular matrix components that belong to the nervous system. So probably via this, the muscle was able to contract again.”

His group is eager to refine the strategy by picking out the stem cells destined to become diaphragm muscle; in the current study, “we randomly took stem cells from bone marrow,” he says. If successful, the technique could be a welcome change from the current surgeries to repair or replace malformed diaphragm muscle, particularly in young babies, since the new tissue doesn’t grow with the infants and requires additional surgeries throughout their lifetimes.

But the technology is not without controversy. Earlier this year, Macchiarini was accused of misconduct after some of his colleagues raised questions about whether proper ethical procedures have been followed during the handful of tracheal transplants Macchiarni had performed. They also questioned how he reported some of the data on the outcomes and complications of the procedures. Karolinska cleared him of the misconduct charge.

Because he was able to regenerate contracting muscle, Macchiarini is hopeful that he may be able to create other types of muscle, such as for the heart, for example, to strengthen that organ in cases where disease or birth defects weaken heart tissue. But he wants to move slowly and carefully, by completing his studies in rats and then shifting to non human-primates, before making any predictions about how the technique may be applied to people.

Correction: An earlier version of this story misstated Dr. Paolo Macchiarini’s title. He is professor of regenerative medicine. It also misstated who cleared him of the misconduct charges. It was a panel at Karolinska Institute. 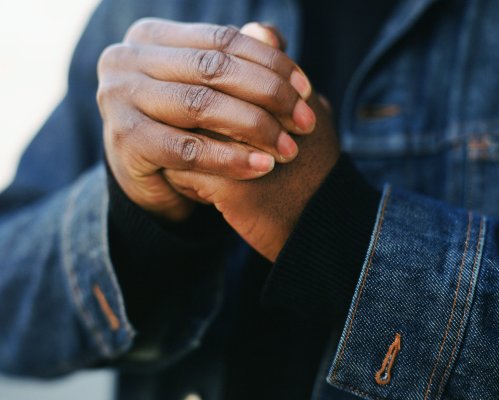 Here's Why Your Knuckles Crack
Next Up: Editor's Pick