Donald Trump has refused to back down from his assertion that he saw “thousands and thousands” of Muslims in New Jersey celebrating in the wake of the September 11, 2001 terrorist attacks. But MTV just released a clip of the footage that Trump himself has cited as evidence, and it disproves his point rather than supports it.

On the morning of December 1, Trump tweeted a short clip from the MTV documentary “Fight For Your Rights: Aftermath of Terror” which aired on November 17, 2001.

The clip shows talk show host and Guardian Angels CEO Curtis Sliwa talking about people cheering the 9/11 attacks. But later in the day, MTV released a longer clip that shows Sliwa’s bit in context, and largely debunks Trump’s claim. In the extended videos, there are multiple contemporary news clips with anchors saying they couldn’t find evidence of people celebrating in the wake of the attack.

“There has been no jubilee in the streets,” Marty Barnes, mayor of Paterson, New Jersey, said in a press conference at the time, which is excerpted in the MTV documentary.

The one person interviewed who did see celebrations, Emily Acevedo, who lived in Paterson, said at the time she only saw “12 or 13” people celebrating, and that “they were kids. They didn’t know what they were doing.”

MTV contacted Acevedo on November 25, 2015 to revisit that night, and she said the kids hitting public property with sticks was “not anything any different than would’ve happened on any other summer night.”

Read Next: Donald Trump Is In Favor Of Legally Requiring American Muslims to Register on a Database 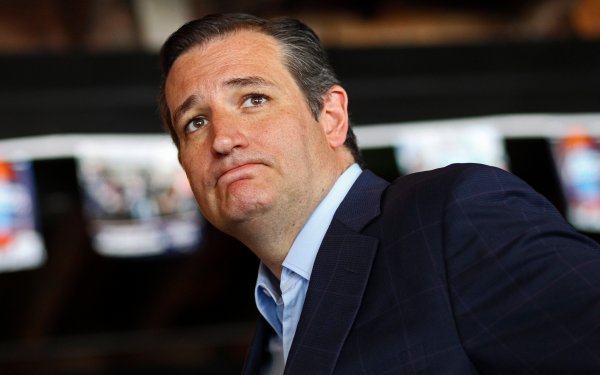 Ted Cruz: Conservatives Are Not the 'Condom Police'
Next Up: Editor's Pick