Gwen Stefani captivated audiences Monday night with a stunning performance of her new single on The Voice‘s live Top 10 episode.

The breakup power ballad “Used to Love You” crescendos with the emotional lyrics, “look at what you lost.”

It’s clear that the single was inspired by Stefani’s recent split from husband Gavin Rossdale after nearly 13 years of marriage and 20 years together.

Stefani, who is a coach on the popular reality competition show, previously said the “Used to Love You” lyrics came to her “the day after some crazy stuff had gone down, like, crazy stuff in my life.”

Stefani’s new boyfriend Blake Shelton was clearly taken by the song. He gave her a standing ovation when she was done. Shelton told Entertainment Tonight earlier in the day, “I’m thankful for Gwen for tons of reasons, but mostly just because she makes us all look cool out there.”

Shelton, who also called Stefani’s performance look “stunning” and “so beautiful,” reunited with the singer in Los Angeles on Sunday after spending the Thanksgiving holiday apart.

Hitting the California stage in a ethereal Marchesa hand-draped grecian tulle gown with a feather motif drape, Stefani sang atop a pedestal on the fog-covered stage.

Beautiful flower-adorned faux trees served as a backdrop to the 46-year-old’s stirring performance.

There’s a secret to Stefani’s always-moving performances: get angry. The remaining members of Team Gwen tell PEOPLE the star advises them to tap into their emotions before taking The Voice stage.

Karin Bukowski, another one of Stefani’s contestants, adds that the star also advises her team to be “comfortable with you who are.”

“Having confidence is everything,” Bukowski says. “It’s something I always worked on my entire life. I remember, first performance, she was like, ‘You got to bring it girl.’ ”

The aspiring stars are still floored by Stefani, even after weeks of working together.

“We watched her rehearsal and she was beautiful and amazing,” Bukowski says. “She did incredible. We’re so happy to have her as a coach.” 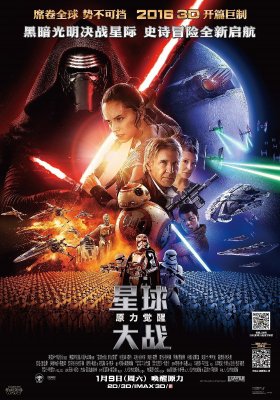 Star Wars: The Force Awakens Set for January Release in China
Next Up: Editor's Pick