People stand on the Place de la Republique in Paris on December 2, 2015, next to a model Eiffel Tower, flowers and French flags layed in memory of the victims of the deadly attacks in and around Paris on Nov. 13.
Joel Saget—AFP/Getty Images
Ideas
By Eugene Jarecki
Eugene Jarecki is a New York-based writer and film-maker. His Peabody, Emmy and Sundance-winning works include Why We Fight, The Trials of Henry Kissinger and The House I Live In.

This week’s climate-change conference in Paris offers an opportunity to reflect on the world’s reactions to the tragedy committed by the Islamic State of Iraq and Syria there last month. Will any constructive connection be drawn between the impact of man-made climate change and the social, economic, and political instability on which ISIS recruitment depends? Can we learn to address the source—not the symptoms—of a global problem?

If past is prelude, the spirit of humanism following the Paris attacks may prove no match for the concentrated power of parties interested in exploiting the atrocities for ideological or strategic gain. From the CIA to Europe’s right wing to U.S. presidential candidates to ISIS itself, no sooner did the smoke clear on the tragedy than the world’s shock and grief were drowned out by a roar of racist rhetoric, war-mongering, anti-immigration grandstanding, and calls for decreased Internet privacy and the resurrection of Europe’s borders.

To be fair, it’s hard to know precisely how any national leader should respond to a shock of this kind. And it’s easy to see how macho rhetoric and reactionary militarism are, at least in the short-term, a natural temptation. But for anyone who seeks to live in a world not gripped by what Jordan’s King Abdullah dubbed a Third World War, a deeper question remains: can France and other Western nations pursue greater security without compromising the societal ideals to which, at least on paper, they aspire? Is there, in fact, a way forward in which security and liberty may prosper together?

“The test of a first-rate intelligence,” F. Scott Fitzgerald teaches us, “is the ability to hold two opposed ideas in the mind at the same time and still retain the ability to function.” So for a moment, let’s imagine ourselves outside the echo chamber of 24/7 news punditry. Let’s imagine that ISIS is indeed a monstrous foe against whom serious force must be brought to deter further crimes against humanity. Now let’s also imagine that what is enabling ISIS to recruit young operatives is a range of global conditions so denigrating to them that the promise of the future seems inferior to that which, after committing murder, might await them in the afterlife.

To square these opposing views, one must consider the shortcomings of one’s own country alongside those one more easily perceives in its adversary. So just as it would be delusional to underestimate the indigenous danger of ISIS’ seventh century ideology, so, too, it would be myopic for the West to pretend that it is being targeted simply because they hate our freedoms. It is now clearer than ever that decades of Western mischief in the Arab world—specifically the pursuit of economic and geostrategic advantage by colonial nations aligning themselves with a parade of despotic and oppressive regimes—has sown the seeds for enormous contemporary instability.

So while the use of military force to contain and deter ISIS may seem an expectable political reflex, and while security or anti-immigration advocates may be able to exploit the tragedy to repackage their own privately held policy agendas, these are little more than kneejerk efforts to address the symptoms—and not the root causes—of a disease.

“Monsters exist, Primo Levi said of the Holocaust, “but they are too few in number to be truly dangerous. More dangerous are the common men, the functionaries ready to believe and to act without asking questions.” To even begin to cure the disease of modern Islamic terror, one must look beyond the words of fanatics to understand why these resonate with a vast cross-section of people, whether in dusty Arab villages or (more often) at the fringes of American and European urban centers. Poverty, alienation, injustice, oppression, labor exploitation—all of these are conditions that offer a bleak outlook for masses of Muslim youth. Is this the whole explanation? Of course not. But it obviously plays a part.

One can foresee the indignant objection to this. “Negotiate with terrorists? Never!” But the truth is we already are negotiating. Tit for tat is a negotiation. America’s response to 9/11 was a negotiation. It was just a losing one, in which a legally questionable campaign of preemptive war, torture, indefinite detention, and drone strikes have only inflamed matters, deepening a sense of suffering and victimhood among Muslim youth and providing ISIS every tool it could want for recruitment. The question is what a winning hand in negotiation might look like. Here, Primo Levi’s words can serve as the basis for, of all things, a smart anti-terror strategy. For what better way to defeat ISIS than to separate the masses of “common men” away from the monsters—to deprive fanatics of the armies on whom their crimes rely.

But how to do this? First, one must acknowledge that the use of force alone is a zero sum game that has, to date, lead only to an escalation of conflict. Instead, one should adopt the same wisdom that underlay the Marshall plan, which provided a carrot to accompany the stick of Allied victory. There is nothing new to this; it is just the time-proven balance between hard and soft power. The latter, of course, requires empathy. It requires coming to understand the special qualities of your enemy and the nature of his grievances. It requires separating the irrational vision behind ISIS’ ideology from the reasonable concerns of everyday Muslims.

It might even get a bit uncomfortable, as it will require that the West examine its own activities past and present, including the contemporary impact of such alliances as Saudi Arabia and Israel, which go to the heart of ISIS’ growth. The pain to which Western nations continue to contribute in and out of the Arab world must be addressed visibly, publicly and with contrition. Not only will this make terror recruitment harder; it promotes mindfulness as a value to which even the most powerful nation must strive.

Before dismissing as naïve the idea that any constructive, nonviolent measures may be taken in the wake of acts of terror, one must consider the alternative. For beyond the more than $1 trillion that has already been wasted on America’s violently myopic response to 9/11, the pricetag of such a response to the events in Paris now may indeed be the viability of the free society itself. If that happens, who wins? 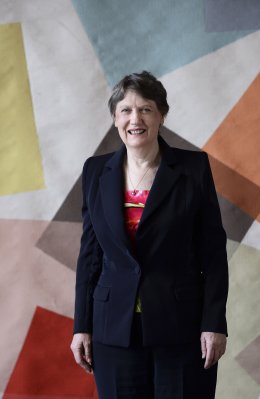 Women Are the Key to a Successful Climate Strategy
Next Up: Editor's Pick