Ted Cruz pauses while speaking at a business round table in Concord, NH on Aug. 31, 2015.
Cheryl Senter—AP
By Melissa Chan

There are plenty of condoms for everyone in America, Texas Sen. Ted Cruz said Monday — and suggesting conservatives want to ban them, or other contraceptives, is “nonsense.”

In comments caught on video the Republican presidential candidate mocked the idea that conservatives are anti-contraceptive, while saying Americans have plenty of access to condoms during a campaign stop in Iowa.

“Last I checked, we don’t have a rubber shortage in America,” Cruz told about 300 supporters, NBC News reported. “Like look, when I was in college, we had a machine in the bathroom. You put 50 cents in and voila!”

“[My wife] Heidi and I, we have two little girls. I’m very glad we don’t have 17,” he added, suggesting he personally had no objection to using contraception.

The presidential hopeful weighed in on birth control after an audience member asked about his stance on making contraception available for women. “Anyone who wants contraceptives can access them, but it’s an utterly made-up nonsense issue,” Cruz said. “I have been a conservative my entire life. I have never met anybody, any conservative who wants to ban contraceptives.”

“‘I’m going to make up a completely made up threat and try to scare a bunch of folks that are not paying a lot of attention into thinking someone’s going to steal their birth control,'” Cruz added. “What nonsense.” 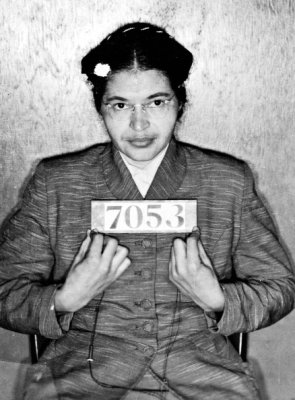 President Obama Honors Rosa Parks as 'Giant of Her Age'
Next Up: Editor's Pick