There might be a million things Lin-Manuel Miranda hasn’t done, but he can cross this one off the list: According to Star Wars director J.J. Abrams, the Hamilton creator and star wrote music for The Force Awakens.

The normally spoiler-shy Abrams revealed the news on Monday’s episode of The Tonight Show Starring Jimmy Fallon, after explaining how he ran into Miranda at a showing of Hamilton on Broadway.

“He says, ‘If you need music for the cantina, I’ll write it,’” Abrams said, imitating Miranda laughing at his own idea. “I’m like, ‘Does he know?’”

As Abrams explained to host Jimmy Fallon, Star Wars: The Force Awakens does include a sequence that recalls the original film’s Mos Eisley Cantina scene, which is perhaps best remembered for the jaunty music provided by composer John Williams. But this time around, Abrams said, Williams didn’t want to write the cantina theme, leaving the door open for Miranda.

“I end up emailing Lin Miranda, and I say, ‘I know you were kidding, but if you actually want to write this music, I’m actually working on something.’” Abrams said. “He’s like, ‘I’ll drop everything.’”

The email set off a “back and forth” of music files sent between the two collaborators. “This whole thing was nuts,” Abrams said. “Now, in the movie, in this one sequence, is this music Lin-Manuel Miranda and I wrote.”

This was the first time Abrams discussed Miranda’s involvement in the film. “He might kill me for revealing this,” Abrams said. But on Twitter, the Hamilton creator had nothing but good things to say about his experience.

Star Wars: The Force Awakens is out on Dec. 18. Watch Abrams discuss his work with Miranda below. 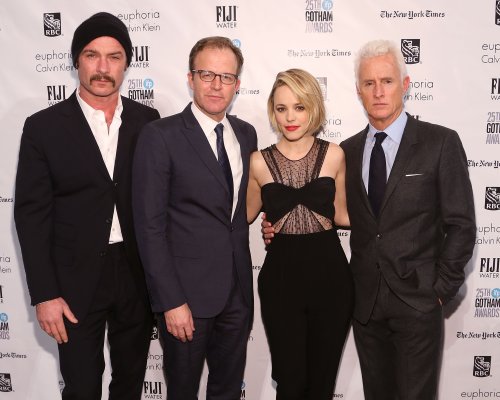 This Movie Just Got One Step Closer to Winning Best Picture
Next Up: Editor's Pick