What Our Reaction to the Planned Parenthood Shooting Says About Us

Friday’s shooting at Planned Parenthood is the ultimate political Rorscharch test. Was the shooter motivated by anti-abortion rhetoric or was he just violent and mentally ill? Is he a domestic terrorist enabled by loose gun laws or a disturbed loner without a political agenda? Was this a fluke tragedy, or the inevitable culmination of months of animosity towards Planned Parenthood?

One thing is certain: the Planned Parenthood shooting is an example of what psychologists call “confirmation bias,” which is when a person interprets new facts to reinforce or confirm things he or she already believes. Confirmation bias is especially prevalent in cases like this one, where the facts are ambiguous and open to interpretation, and therefore easily shaped to support an existing opinion.

That confirmation bias is compounded by the fact that, in this shooting, the facts are scarce: we know that three people died and nine were injured, but we know very little about what motivated the alleged shooter to open fire on the Planned Parenthood in Colorado Springs. According to multiple reports, alleged shooter Robert Louis Dear muttered something about “baby parts” when he was arrested after a five-hour standoff with police outside the Planned Parenthood clinic in Colorado Springs, suggesting that he may have been influenced by the doctored Planned Parenthood videos released earlier this year. Other reports suggest Dear was a loner who was likely struggling with some form of mental illness, and that he opposed abortion but was not necessarily a virulent pro-life activist. Both interpretations are probably true, but the way you view this particular tragedy has more to do with your own beliefs than Robert Lewis Dear’s.

Of course, defenders of Planned Parenthood are right to point out that the attack comes after months of passionate anti-abortion rhetoric following the release of doctored videos in which Planned Parenthood officials appeared to sell body parts from aborted fetuses (multiple state investigations have not found wrongdoing by the organization.) And President Obama is right that the shooting is just another in a long line of mass shootings enabled by what he calls the “easy accessibility of weapons of war on our streets to people who have no business wielding them,” (there have been 351 mass shootings so far in 2015, according to the Washington Post, more than one per day.) And anti-abortion conservatives, including Republican presidential candidates, are also right when they say that Dear is likely mentally ill, and that there’s not yet enough evidence to definitively conclude that the shooting was an act of domestic terrorism with an explicitly anti-abortion agenda.

This shooting is all of the above, and none of the above, and something else entirely: a powerful reminder of just how polarized the country is on issues like abortion, gun control, and terrorism. “People will apply the arguments that are most familiar to them,” says Brendan Nyhan, an assistant professor of government at Dartmouth College who studies confirmation bias. “We’re going to get this odd mixture of different responses and competing interpretations—is this a mass shooting event, is this an anti-abortion event, is this a domestic terrorism event?”

That’s why the tragedy that touched so many different nerves has provoked such wildly divergent responses. Hillary Clinton and Bernie Sanders have called for support for Planned Parenthood in the aftermath of the attack, while Ted Cruz has dismissed a connection between Dear and the pro-life movement by musing that the alleged shooter was a “transgender leftist activist,” (Dear had been registered to vote as a woman, likely by accident, and no other reports from anyone who knew him seem to suggest he is transgender.) Obama has called for more gun control in the aftermath of the shooting, while Trump sidestepped the question of gun control by calling Dear a “mentally disturbed person.” Former Arkansas Governor Mike Huckabee calls the attack a terrorist act, while Chairman of the House Committee of Homeland Security Rep. Michael McCaul (R-TX) said Sunday he wasn’t quite sure the attack counted as terrorism.

How can so many Americans have exactly opposite interpretations of what happened? Nyhan says that’s because when it comes to politics, there’s a weak incentive to hold accurate political views, which means people tend to feel strongly about their political views but don’t really care whether they are factually correct. “If you buy an unreliable car it could cost you thousands of dollars– if you vote for something based on an unreliable belief, it won’t cost you anything,” he says, “Your vote will almost never make the difference, which is part of the reason the accuracy incentive in politics is so weak.”

This shooting is the perfect storm of 2016 politics. It touches almost every political nerve– from abortion to gun rights to Congressional funding to terrorism– and reminds us just how divided the country really is. And if the early reactions are any indication, that’s not changing anytime soon. 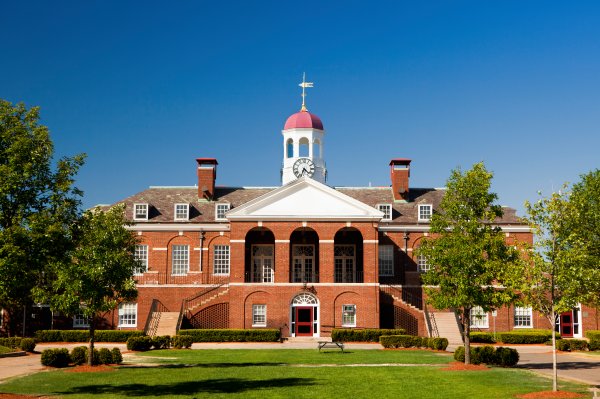