Why It's Great to Have a Stubborn Child

Her grandmother, a former school principal, sought to reassure me: “You want a strong-willed child. Those are the ones who don’t follow their friends into trouble in high school.” That didn’t make me feel better when I faced off against this fiery little creature, who had strong opinions on everything from clothing to bedtime to whether carrot sticks should ever be on the same plate as apple slices.

New research, though, shows that grandma was right. A recently completed study, which tracked students from their late primary years until well into adulthood, found that kids who frequently break the rules or otherwise defy their parents often go on to become educational over-achievers and high-earning adults.

Children between the ages of 8 and 12 years old were evaluated for non-cognitive personality traits like academic conscientiousness, entitlement and defiance. Forty years later, researchers checked back to see how they turned out; rule breaking and defiance of parental authority turned out to be the best non-cognitive predictor of high income as an adult.

My little girl is going to be rich!

The study doesn’t explain why there is such a strong correlation between rule-breaking youngsters and high income in mid-life. The authors postulate that such children might be more competitive in the classroom, leading to better grades. They might be more demanding as adults; when locked in salary negotiations, they may be the ones who demand more. They may be more willing to fight for their own financial interests, even at the risk of annoying friends and colleagues. The authors can’t rule out a more negative reason— these young rule breakers might be doing something unethical as adults to increase their grown-up salaries.

So how do you know if your child is strong-willed?

Strong-willed kids have strong gut reactions that they’ll battle for even when it’s illogical, say professional therapists. They go after what they want at any cost.

Was grandma right, then? Is it good to have a strong-willed child?

Therapists say it’s true that strong willed kids are more willing to do what’s right, rather than what their friends are doing. If parents can motivate them and turn their drive to doing well at school or a real purpose, these kids can make motivated leaders who will do the right thing even if they have to do it solo.

This all sounds great to me. Who wouldn’t want their child to turn into a motivated leader who can afford to buy mom a beach house? But how do you get from here to there? How do you avoid spending the high school years battling with a child who is determined to win at all costs?

The same way you deal with any conflict situation: keep the lines of communication open. Listen to them. Ask them to explain their view. As they talk out what they think hey may catch their lack of logic. You may even find they win you over. And if they make a compelling case, negotiate.

You can even concede a few points, letting them try, say, staying out late, as long as certain conditions are met. And if they’re not, let them set some consequences in advance.

It’s hard to negotiate with a 5-foot-tall lawyer-to-be! Sometimes I want to put my foot down and fall back on the old “I’m the mom and I say so argument.” It may be that I’m a bit strong-willed myself.

But the next time my young negotiator comes at me with a plan for a later bedtime or a new iPad, I’ll take a deep breath and listen. If the study’s authors are correct, she will reap the benefits of this innate persistence as an adult. Every parent wants his or her child to grow into a successful adult, and this research shows my determined girl is on the right path. It’s just that sometimes adulthood seems a very long way off, indeed. 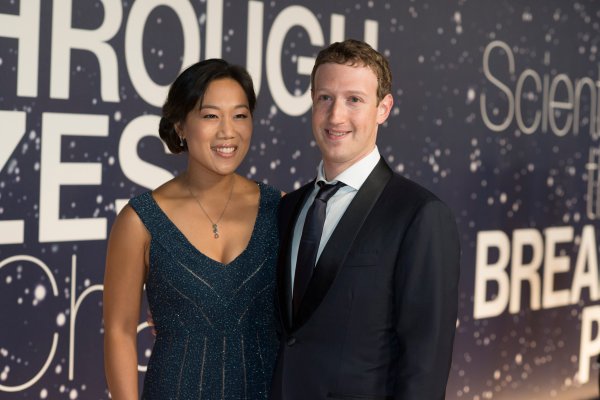