This Movie Just Got One Step Closer to Winning Best Picture

Though Oscar pundits debate the weight of smaller award wins in predicting Oscar glory—and even whether we should treat those awards as prognosticators—in all probability, those early belt notches can’t exactly hurt. So when the Gotham Awards shower love on Spotlight—writer-director Thomas McCarthy’s film about the Boston Globe team that brought to light the Boston Archdiocese’s cover-up of child sexual abuse by priests—it’s worth paying at least a little attention.

But it’s early yet to clear room on the mantle for that gold statuette. Several of the year’s most hotly anticipated movies have yet to hit theaters. There’s still David O. Russell’s Joy, starring perennial Oscar-bait tag-team Jennifer Lawrence and Bradley Cooper, Quentin Tarantino’s The Hateful Eight and 2015 Best Director Alejandro González Iñárritu’s Leonardo Dicaprio-starring The Revenant, all out on Christmas Day.

Other winners at the Gotham Awards—which, it should be said, may be considered an inherent honor regardless of any future Oscar nominations—include The Diary of a Teenage Girl‘s Bel Powley, Love & Mercy‘s Paul Dano and the documentary The Look of Silence. 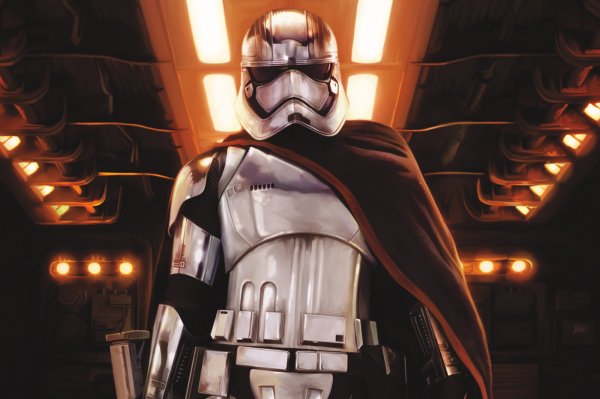 Gwendoline Christie on Why Her Star Wars Costume Is a 'Step Forward' for Women
Next Up: Editor's Pick